An Update on Ukraine

It has now been four months since the Russian invasion of Ukraine. I had the privilege of being in Ukraine for 11 days in early June with our Global Worker there, Ed Dickson, and former GW, Ryan Salomon. Here is a quick update:

The good news is that life in west, north, and central Ukraine is fairly normal, except for all soldiers, sandbags, and checkpoints everywhere. People are walking in the streets and sitting at outdoor cafes. Stores and businesses are open, and schools are functioning online. Air raid sirens go off regularly, but most people ignore them now, unfazed. The two main challenges in these areas are getting gas for your car- most gas stations are empty and the ones with gas have lineups often a kilometre long- and unemployment, as the war has disrupted business supply chains, many have lost their jobs.

The bad news is that the war is still very much a reality in the south and east Ukraine. Much of these regions are under Russian occupation, with about 20% of the country currently occupied, and the parts of these regions that are not occupied are often being shelled incessantly. We had the privilege of distributing aid in villages north and east of Kharkiv, Ukraine’s 2nd largest city that had been recently liberated from occupation. We were ten kms from the front, 40 kms from the Russian border, with bombs falling in the distance. 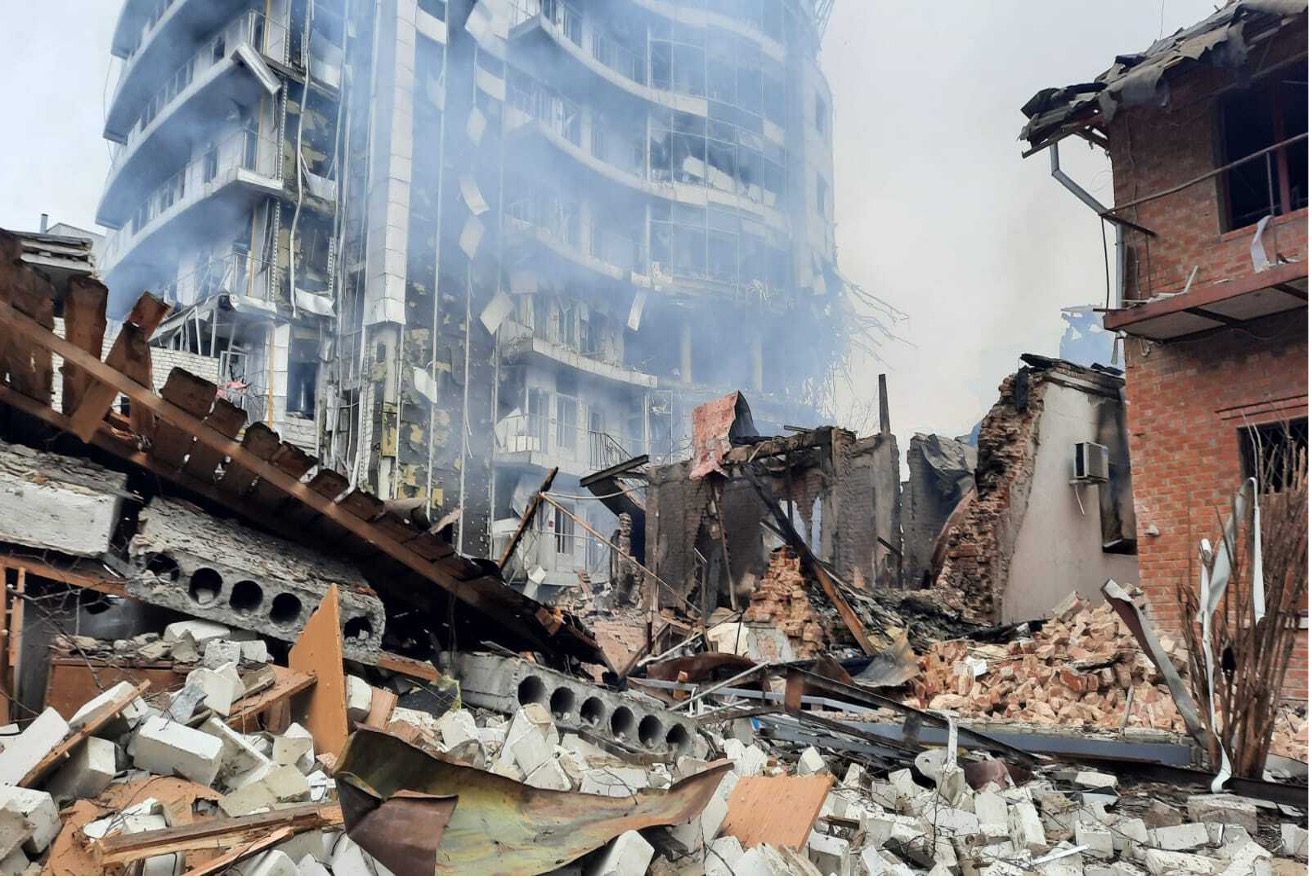 Talking to the survivors, the stories we heard were horrific. Civilians were subject to indiscriminate raping, looting, and killing by occupying forces. People had to live in dark, damp underground bomb shelters for 2-3 months. Some are still too afraid to leave the bunkers as shelling continues (even though Russian troops are gone). Entire cities (like Mariupul & Severodonetsk) have been flattened, while parts of others (including suburbs of Kiev & Kharkiv) and many villages are destroyed. Tens of thousands of civilians have been killed or wounded (no one knows the exact number), and thousands more are homeless.

But the good news is that God is moving! The Ukrainian Church continues to shine the light of Jesus in this very dark time. Our friend, Pastor Vadim Ignatenko, and his team in Poltava are still heroically delivering food & supplies to people trapped in towns in the war zone, sometimes amidst the falling of bombs around them, in the van purchased with the funds we sent. Their church continues to house 50+ refugees daily, and they are only one of hundreds of churches doing this!

And the churches are not just giving refugees “a cup of cold water”, they are doing it in Jesus’ name, preaching the gospel, having home groups, and running ministries for refugees. They serve so many, and even more are coming to faith! Ukraine is more spiritually open today than it has ever been, and we need to take advantage of this window of spiritual opportunity.

One great example is Igor. Igor was hired as a “scout” by Pastor Sergiy from Poltava to tell the food distribution team which towns were and were not being bombed by the Russians that day. He was so impressed with the bravery and dedication of the team, that when Sergiy shared the gospel with him he accepted Christ and joined the team! Then, thanks to the generosity of people in Canada, the team was able to buy him a used car, allowing him to scout out exponentially many more villages than he used to on his bicycle!

Likewise, Lviv Theological Seminary (LTS) still opens its dorms to feed and house 100-200 refugees daily and to deliver food to branch campuses/churches in the war zone. Thanks to your generosity we were also able to buy a van for LTS to deliver this aid. LTS now has services for refugees, with many more coming to the Lord! 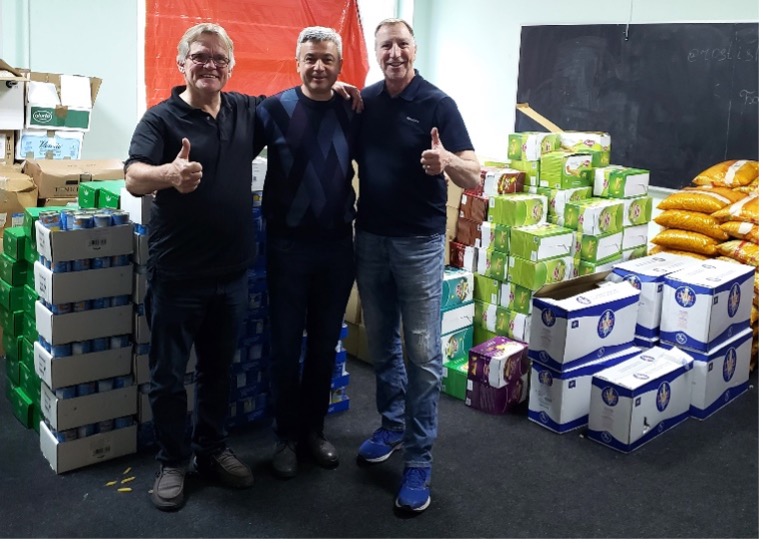 Speaking of pastors hiding, after being in the country I am more convinced than ever that the war is not just a political conflict between Russia and Ukraine, but a spiritual one as well. Evangelical pastors in Russian-occupied areas have been arrested and threatened with death. Churches (except the Orthodox church) have been closed. Some Russian soldiers have threatened to liquidate all members of the “cults”, as they call the evangelical church, as they host “western spies.” Historically, the Ukrainian Church has been used by God to evangelize the Russian-speaking world. Over half the pastors in many parts of the former USSR, Russia, Kazakhstan, etc., are actually Ukrainian. I believe the war is partly an attack of the enemy to destroy the freedom the Ukrainian church has had since the fall of communism, in 1991, to spread the gospel. So, we need to pray for Ukraine, more than ever!

Let me conclude by thanking you again for your incredible generosity. The response of Canadians and Canadian churches to the war in Ukraine is truly unprecedented. So far a record $2 million has been given to ERDO (the humanitarian aid charity of the PAOC), and at least another million has been donated directly from our churches in Canada to churches/ministries in Ukraine and neighbouring countries.

P.S. donations are still needed and can be made by visiting https://www.erdo.ca/donate-ukraine.

In addition, the Eurasia Regional Fund (ERF) alone has contributed over $220,000 directly and about $2 million indirectly (by partnering with other ministries for funding) to help refugees and churches inside Ukraine and out. And thanks to the generosity of NGO’s in Slovakia and Canada we were able to arrange shipments of over 40 tons of food for refugees in western Ukraine and for the needy still trapped in the war zone. Your support is literally saving lives, and bringing hope to many in otherwise hopeless situations. May God bless you richly!