A Beautiful Story: The DeWits in France

Like it or not, new clothes can give you confidence.

Having the ability to go and buy your own new clothes reminds you of your human dignity. It’s empowering.

From the beginning we always said that the mission of our work in Paris is to remind people of their human dignity and do whatever we can to remind them of their worth. The hope is always to see the marginalized become empowered in life. So, this work usually involves making sure people have food, shelter, clothes, and shoes, given with love, kindness, and respect. From many years of experience we know that restored dignity and self worth are powerful preachers with messages that lead to transformation and conversion, if you will.

That’s why supper last night was a feast, not just for our taste buds, but for our hearts.

Our friend phoned us last week and was excited to meet up. It was very important that he take us out for a meal. It was important. Very important. So we both made sure to have a nap in the afternoon. We made sure we timed the trip just right so as not to be late. It’s hard to be early with this particular friend as he is always there ahead of us.

He was waiting behind the ancient church, half leaning on his crutches, half leaning on the wall. He looked absolutely spiffy in a brand new black NY Yankees cap, a brand new black t-shirt, some very stylish new jeans, and brand-spanking-new shoes. There was fire in his eyes. He knew exactly where to take us for some good Indian cuisine, and as usual, he explained the dynamic of this part of the city. He knows the streets of Paris better than most people, and understandably, because he used to live on those streets. 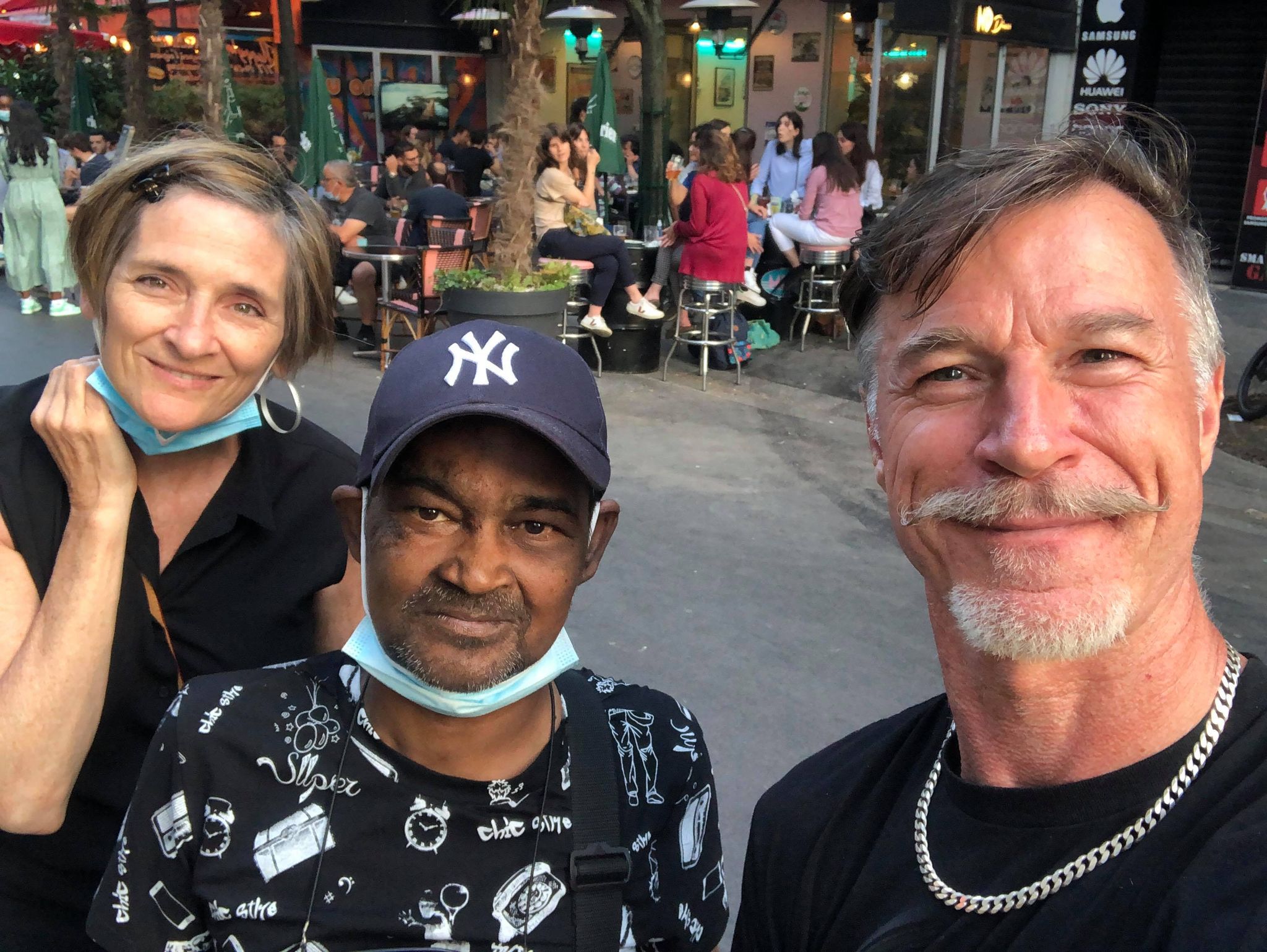 You have heard us talk about Vikash over the years, mostly like since we first met, since we told you about his baptism. The day he was baptised, we promised ourselves to wrap our familial arms around him, to walk this path with him. Come what may. There was something inside of us that knew we needed him as much as he might need us.

We have shared many meals with Vikash, and teared up from the stories of his struggles and suffering. But at supper last night, my eyes kept tearing up for a completely different reason. It wasn’t just the new clothes he was able to purchase with his own money, nor was it just the beautiful new set of teeth that made him look much younger; it was the apparent sense of restored dignity and self worth. Vikash was the one to call the waiter to our table when we were ready to order. Vikash spoke to the waiter with our orders (Peter, however, added a few specifications for extra spicy), and Vikash made sure we all had the correct dishes when the waiter carried them to our table. He took the lead, explaining the spices, calling upon his vast culinary expertise of the past. He talked of hopes for what he wants to accomplish, what work he envisions for himself. At the end of this leisurely meal, he walked without his crutches to the cash register where he paid the bill, his chin most definitely up, his shoulders squared, and his chest out.

You have heard us talk about Vikash over the years, mostly like since we first met, since we told you about his baptism. The day he was baptised, we promised ourselves to wrap our familial arms around him, to walk this path with him. Come what may. There was something inside of us that knew we needed him as much as he might need us.

We left the restaurant almost too full to walk, but before we parted ways Vikash made sure to point us in the right direction, making sure we found our way back home alright. We were grateful to have seen the face of God reflected in his child, our brother, Vikash. We were grateful for the privilege of seeing this gradual conversion in Vikash’s heart from a belief that he was worthless to a new sense of worth. How honoured we are to participate in this story, and watch as Vikash makes his way back Home alright.

Footnote: Vikash needs to walk with a cane, has dialysis 3 times a week, has diabetes, and a heart condition. He has no contact with his wife and three children, though his oldest son was able to sneak in a couple of calls last year, till his phone was confiscated. Vikash lives at Emmaus with 70 men. All homeless. Last week his roommate died in front of him with an aneurysm. He was in his 40's. And yet Vikash manages to keep up hope and his faith. Slowly he has gotten his passport, his medical card, his handicap card. He finally got his government card to receive a small monthly stipend. Thank you for the prayers on his behalf.