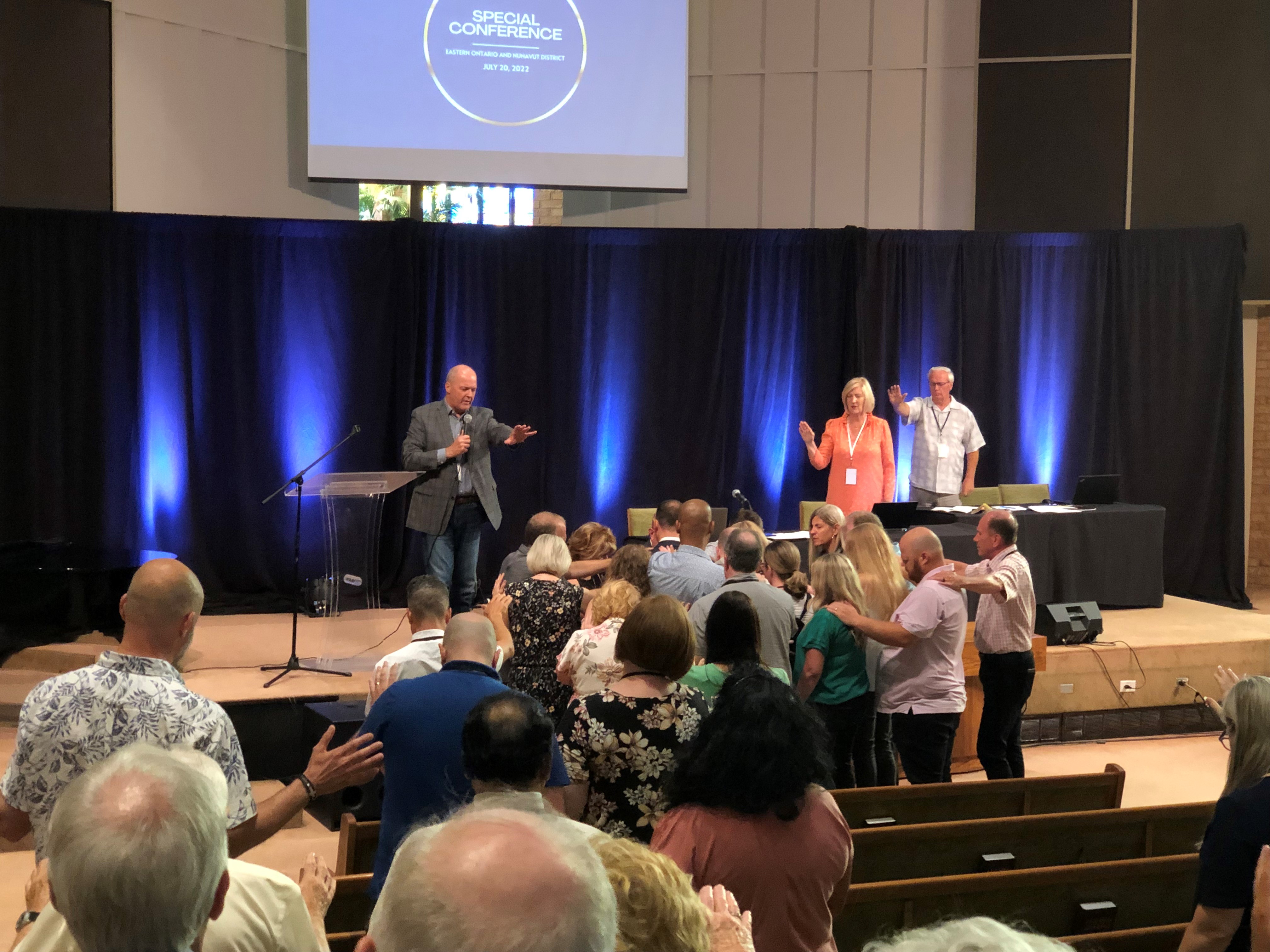 Congratulations to Jason Luscombe on his election to district superintendent for EOND, succeeding Craig  Burton, who had served in the role since May 2005.

Jason Luscombe is married to Colleen and they have two sons, Lincoln and Liam. The Luscombes grew up in Brampton but now reside in Whitby, Ontario.

Jason graduated from Master’s College and Seminary in 1998 and began his ministry at Southside Worship Centre in Ajax as the assistant pastor in 1999. After five years, Jason became the lead pastor of Southside where he then served for over 12 years.

The Luscombes have a desire to see the body of Christ be awakened to the work and the person of the Holy Spirit. They want to help a new generation of Pentecostal leaders both see and hear again the works of the Lord.

Their life's prayer is Habakkuk 3:2: “Lord I have heard of your fame, I stand in awe of your deeds. Repeat them in our day, in our time make them known. In wrath remember mercy.”

(Bio adapted from the Eastern Ontario and Nunavut District’s website.)

Congratulations once again to both Jason and Colleen.