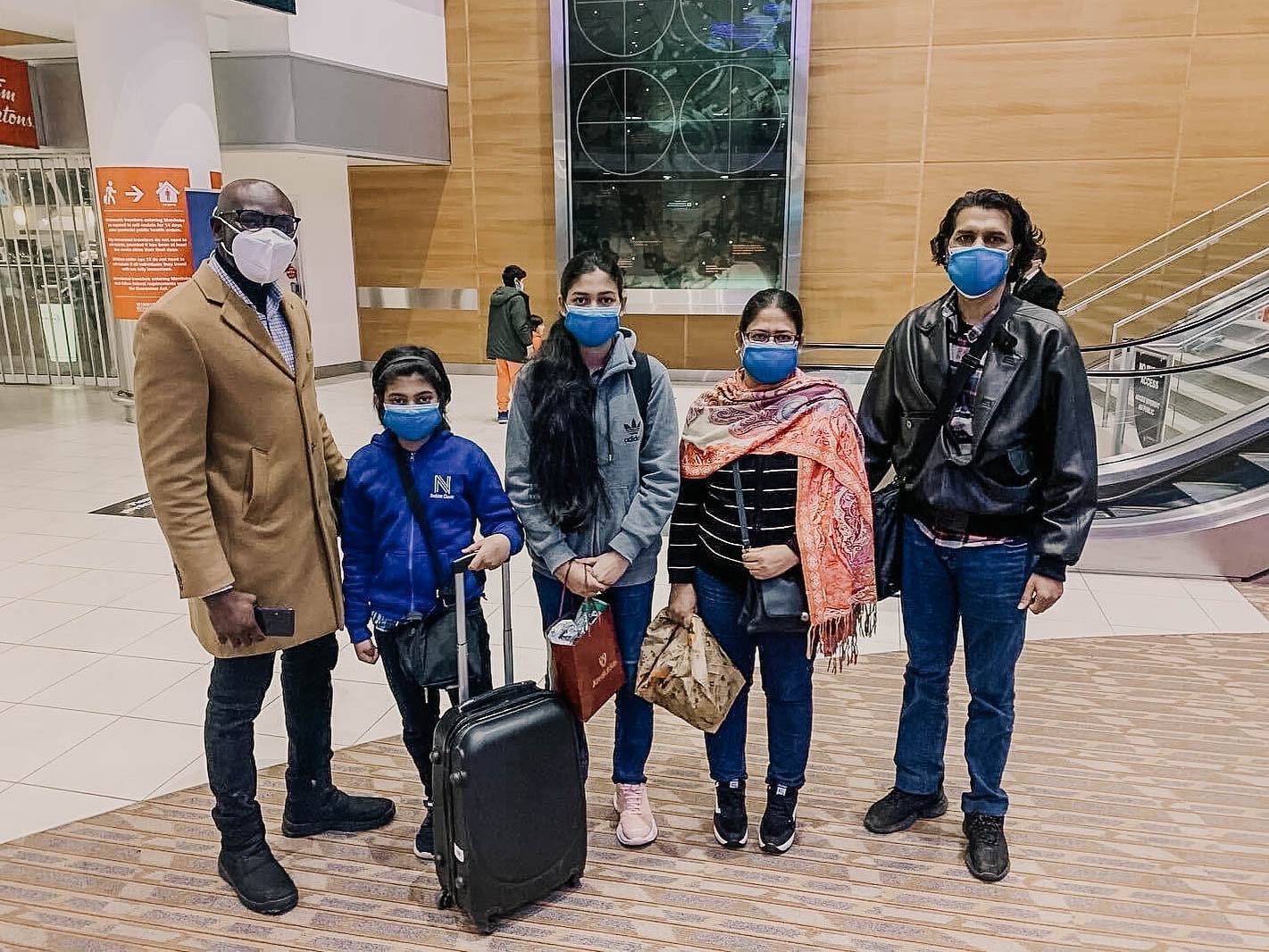 Soul Sanctuary is a church in Winnipeg, Man., that desires to be a place of spiritual refuge, repair and rejuvenation for all people. This vision is expressed in many ministries, but one of the most literal expressions is the Pakistan Refugee Sponsorship project. Since 2019, the church has been working towards sponsoring a refugee family from Pakistan. The long process was further slowed by the COVID-19 pandemic, but in January 2022—after almost three years—the family arrived in Canada.

Christians are a small minority in Pakistan, facing religious discrimination and even violent attacks from Islamic militants. After escaping an increasingly dangerous situation in Pakistan, this Christian refugee family remained in East Asia until they could permanently resettle. Here is a part of their story, written in the father’s own words and shared with Soul Sanctuary in 2019:

I grew up in a family with five brothers and sisters. Our father converted from Christianity to Islam. He associated himself with Muslim radical groups that encouraged Jihad militancy. Despite this, our mother continued to practice her Christian faith privately in our home and taught us about Christianity. Our father insisted that our behaviour and activities were to only follow rigid Muslim practices, but in my heart I loved my mother's teachings.

Things took a turn for the worse in our home when my eldest sister married a Christian man. Our father was shocked and people began to look at my family with hatred.

I met my wife at church and we married in 2008. I wanted to leave my home, but because of my mom I felt I couldn't leave. When I brought my wife home, my father beat me, because she is a Christian. We gained some peace by telling him that she would soon convert to Islam, so for a time there was peace.

After our children were born my father grew more impatient, as he wanted them raised in the teachings of Islam. He began inviting Islamic scholars into our home regularly for teachings.

We soon became known by some radicals as Christians and began receiving death threats. Sometimes men would stop me on the road and beat me while reciting the Islamic Qalma. I was regularly told that I was an infidel and didn't have the right to raise my children. They demanded that the children have an Islamic education, or we would be killed. We had had enough, and feared for the safety of our children, so we left my father's home, and began to look for another country to escape to.

One evening in March 2014, my father, with some other armed men, forced their way into our home and almost beat us to death. The demanded that we hand over our children or be killed. By the grace of God, we were in a more populated Christian area, and people heard our cries and came to help. The next day we found a paper on our doorstep from an Islamic institution, stating we should bear the death penalty for having adopted another religion. We left immediately.

The Lord made it possible for us to enter another country, but with no legal status things are very difficult. Thankfully a local church has helped us meet our daily needs. In January of 2017 the UN started processing our case and we have now been given asylum seeker status. I am praying to God that I can settle in a country where my children have basic human rights and can live life without any fear or threat.

We celebrate with this family, and with Soul Sanctuary, that these prayers have been answered!

More information about this refugee project can be found at https://www.soulsanctuary.ca/refugee.

Photo caption: Chima Wilson, left, a member of the church's refugee sponsorship committee, with the family they sponsored. Used with permission.