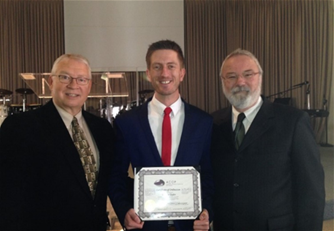 Every once in a while, an ordinary moment in life takes on profound historic significance. A Sunday in March 2016 was one of those moments. I had the privilege of conducting an ordination service for Stephen Taylor at Streams Christian Church (PAOC) in Red Deer, Alberta. Let me tell you the back story …

Stephen Taylor was born in England but grew up attending Living Waters Church, an ACOP (Apostolic Church of Pentecost of Canada) affiliated church in Salmon Arm, British Columbia. This is the church where Stephen first became involved in youth ministry.

Sometime later, Stephen became involved as the full-time youth pastor at Port McNeill Full Gospel Church, an ACOP affiliated church on the north end of Vancouver Island. Due to some economic challenges the church was facing, they found it necessary to reduce staff and Stephen was laid off.  Providentially, the Lord opened a door of ministry for Stephen at Streams Christian Church in Red Deer, Alberta. 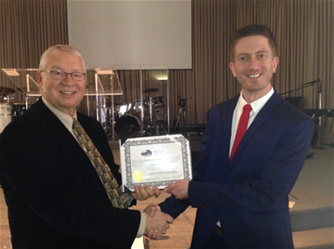 The culmination of the ACOP ordination process is an ordination service. Pastor Cal Keys and Streams Christian Church graciously invited me to conduct an ACOP ordination service for Stephen at Streams Church. In the process of planning the service, I discovered that I knew Cal Keys’ father, Jack, who was the PAOC district superintendent when I was pastoring Seventh Avenue Apostolic Church in Edmonton.

On Sunday, March 20, 2016, after a wonderful worship service where the presence of the Lord was palpable, Pastor Cal Keys invited me to the Streams pulpit to conduct Stephen’s ordination service. After thanking Streams Christian Church for graciously allowing me to conduct the ordination service, I told them that from 1919 to 1921, ACOP was part of the PAOC movement.
I was also pleased to tell them that the issues that divided us nearly 100 years ago were no longer issues, and that I enjoy a wonderful working relationship with their district superintendent, Rev. Ken Solbrekken, and their general superintendent, Rev. David Wells. 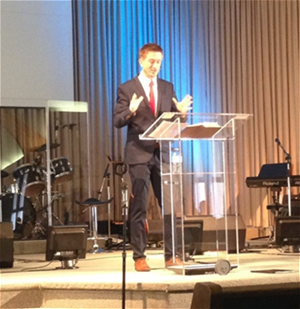 After the ordination service and prayer, Stephen preached an excellent message from John 17 based on Jesus’ high priestly prayer for the unity of the church.

I believe that Stephen’s ACOP ordination in a PAOC church service was a first for both Fellowships. Sometimes ordinary moments have profound historical significance.

“How good and pleasant it is when brothers live together in harmony!”