A walk through the Balwin neighbourhood in Edmonton reveals a very interesting phenomenon. 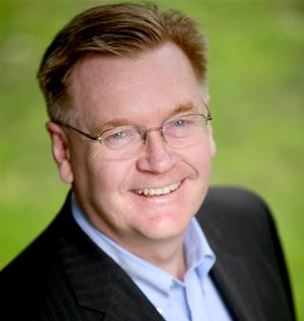 A walk through the Balwin neighbourhood in Edmonton reveals a very interesting phenomenon. Surrounding house after house, on street after street, you’ll see tall, mature spruce trees. It’s the same in other neighbouring communities as well. These spruce trees all rise higher than the homes they surround and they are all over 50 years old. I know because it was my generation that put them there—with a lot of help from our parents! Old pictures of the front of my house and other neighbouring homes offer the evidence.

This phenomenon did not occur accidentally. Long before the concept of creation care was popular, our civic government and school boards decided that Arbour Day should be commemorated in a very practical manner each year. Students in a certain grade were each sent home with a spruce sapling. They weren’t impressive, but because they were ours and it was the expected thing to do, those saplings got planted. And they grew!

Back then most families had three or four kids or more, so yards quickly filled up with sprouting spruce trees. Now, 50 years later, when I go home to visit my dad, I see the five towering spruce trees that fill the front and back yards of our family home. I know which one is mine. Kathy’s, Carolyn’s, Ron’s and Jeff’s are there too. Evidence that we were there, even though we’ve all moved on and one is in heaven now. Arbour Day ensured that life and vitality—and lots and lots of cones—would remain long after we were gone.

The future of the church depends on people who understand the principle of Arbour Day.

“THE FUTURE OF THE CHURCH DEPENDS ON PEOPLE WHO UNDERSTAND THE PRINCIPLE OF ARBOUR DAY.”

At our General Conference in Victoria this May, we will launch our centenary celebration as a Fellowship of churches. The Pentecostal Assemblies of Canada and the global Pentecostal movement began as a sapling. A small number of leaders and churches were convinced that the Lord was doing a new thing. He was bringing a latter rain of the Spirit to revitalize His church. These women and men began to plant. They planted the Word of God in other people’s lives. They planted churches in cities, towns and villages. They planted ministries and institutions because they believed the seeds they were sowing would grow and last.

As a result, our Pentecostal family photo album is filled with pictures of faithful planters. There is the young family heading out by steamship to cross the ocean in order to bring the good news to people who had not yet heard it. We see the pioneers who donated their time, resources and labour to plant new churches all across Canada. There are the visionaries who saw the need for biblically trained leaders and who worked to establish Bible colleges and training centres. Others launched magazines and media ministries to tell about the One who had changed their lives. All of these were “kingdom saplings” that grew into magnificent trees of righteousness, the planting of the Lord. Those who went before us understood the principle of Arbour Day, and they did not fail us. They planted and they served; we remember and honour them. Throughout this coming year, we will tell their stories and celebrate what their faithfulness and fruitfulness have meant to us.

Arbour Day shows up on the calendar every year. This year’s date is Friday, April 27. I think it’s a good idea to show care for God’s creation and plant something, perhaps a spruce sapling, that day. But more important yet, our Fellowship needs to recapture the principle of Arbour Day. We will not reap in the future if we do not plant today.

We must plant God’s Word into generations of Canadians who know little or nothing of the truth that will set them free. We must rediscover the joy of being His witnesses in word and deed. We must invest our time, energy and resources in people, who will last forever. People are the harvest that matters.

We must plant spiritual communities in every stratum and neighbourhood in our country so they will share the life of Jesus for generations to come. Many of our churches have outlasted the people who planted them, and they are still bearing fruit. What a legacy!

We must plant ourselves in nations and people groups that appear inhospitable to the gospel. Every group of people that now knows the good news of Jesus was at one point resistant to the message and its messengers. But someone broke up the soil, someone else planted, another watered, and today we see the fruit of their labour—people and churches, all around the world, alive in Jesus!

It’s Arbour Day for the PAOC, my friends. Picture the future and let’s get planting!

Lord of the harvest, thank You for being a faithful, life-giving God. We honour the people You called in the past to plant, water and reap. We are the beneficiaries of their obedience. Holy Spirit, empower us to plant kingdom saplings that will grow into strong disciples and healthy disciple-making communities. May those who come after us see the fruit of our obedience. For Your glory. Amen.