Mission Canada is taking steps toward placing Mission Canada workers in Iqaluit! In a recent conversation, an individual shared, “God awoke me in the middle of the night. I sensed He was telling me to go to my computer and Google ‘Iqaluit.’ When I did, I saw that you were looking for missionaries to go to the north. I believe God is speaking to our hearts and telling us to respond to that call.” The Eastern Ontario District (EOD) of the PAOC has a district initiative that partners with local churches to reach Iqualuit. Just a few years ago they saw one of their district children’s pastors feel the call to head north to Iqaluit Pentecostal Church to become their children’s pastor! Because 41% of the population of Iqaluit, the capital city of Nunavut, is under the age of 16, we must be there . . . reaching and impacting the next generation with the message of God’s love for them.

A local church provides funds to put on a kids’ camp in Iqaluit and covers the cost of the expenses to send a team north for a week. The first Camp Iqaluit team went north in 2013. Most of the team came from Calvary Pentecostal Church in Peterborough, and the funds to make it happen came from Whitby Christian Assembly (two churches partnering together and with the District). The Whitby ch 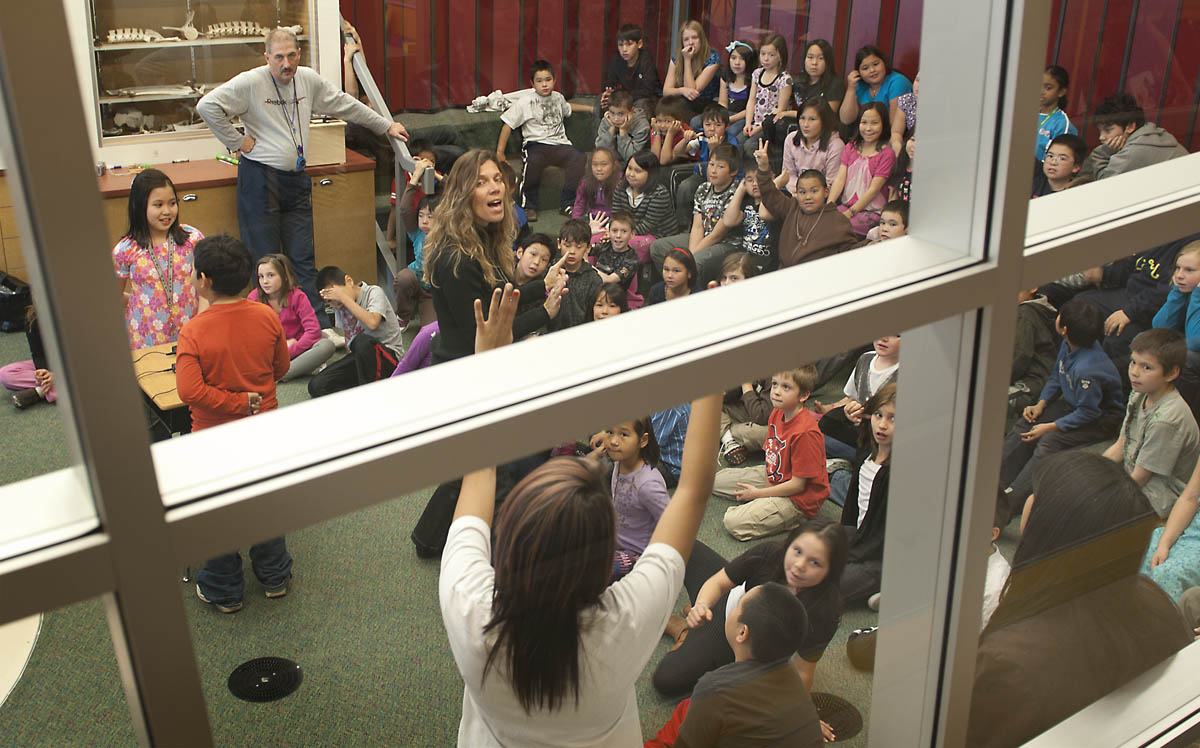 urch also sent along four of their people (two young adults and two youth).  The 20-member team was
largely made up of parents and their
children. A second Camp Iqaluit team went
north in 2014 and was made up of adults
from Pickering Pentecostal Church. These camp
teams partnered with our PAOC church,
Iqaluit Pentecostal Church, pastored by Wayne
and Linda Moore. They booked the Anglican
hall which is a hub for activity in Iqaluit and is
right next to the public school! This allows for
great playground space for outdoor camp activities.
Iqaluit Pentecostal Church takes care of
camp registrations, as children ages 5 to 10 are
invited from the community to attend camp. The sponsoring district church(es) provide the program supplies and food for the lunch meal. That means lots of menu planning, food purchasing, organizing and creative packing to get food and camp resources up to Iqaluit! It is a better use of the financial resources to bring food and resources with the team. A trip to the grocery store in Iqaluit can be very costly as everything must be flown in! Eastern Ontario District’s teams are generally made up of twenty members designed to fill a one to five ratio of leaders to kids. The church in Iqaluit arranges for all accommodations. Since having a children’s pastor, the church has been able to develop a kids’ ministry worship team that provides a worship experience for everyone who comes to Camp Iqaluit. Not knowing exactly how many to expect during camp week, the team works  diligently to prepare for 100 kids. In 2014, 99 kids registered! That was cutting it real close! What a surprise the team had when they discovered that Prime Minister Stephen Harper and his wife, Laureen, were scheduled to be in Iqaluit the very same week! And the city is small enough that their paths did cross! Everything aligned as the team planned a sports theme and called the camp, “Northern Uprising”. That same week a public school presentation, “Project North”, was taking place and the 99 Camp Iqaluit kids were invited to attend the big event hosted by the school. They had the privilege of meeting three Canadian gold medalists and each received a Project North t-shirt. All camp kids went home with a backpack that week filled with blessings from the churches. A woman from Pickering Pentecostal donated sports-themed New Testaments so every child could be presented with a Bible to keep and share with their family. Messages of God’s love and His plan of salvation were shared with all who attended using a “G-O-A-L” theme: 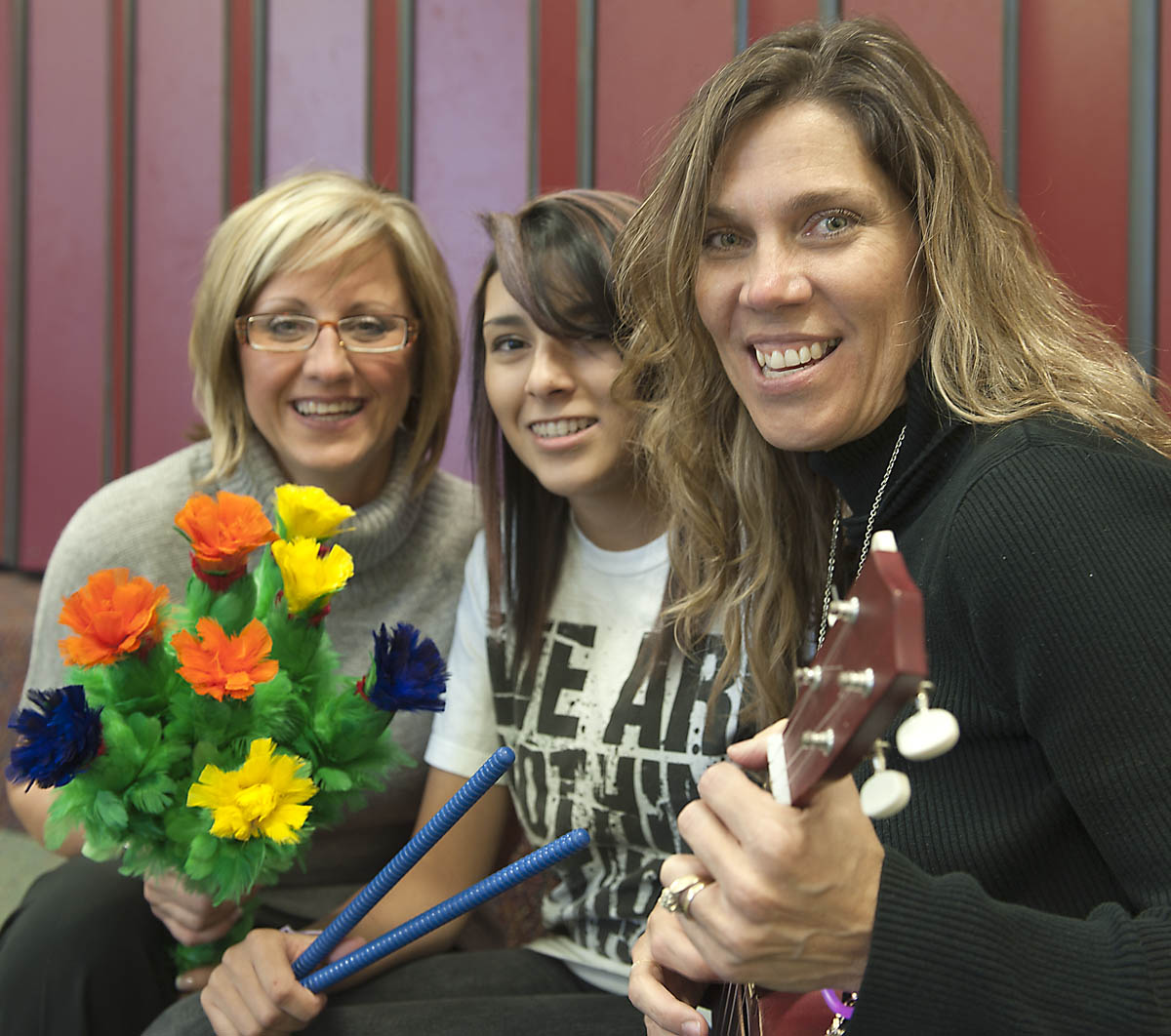 On day two, a young camp registrant went to the camp nurse and was
trying to explain her symptoms. She knew she felt different, but had a
hard time trying to describe her new-found feeling. All she could tell the worker
was that, “I feel like my heart is being opened!” Her symptoms were that
of a spiritual experience, not a medical emergency. The reality was that little girl sensed God at work in her heart that day! A TV and radio station invited members of the team to be interviewed, along with a few of the camper kids. On live radio the campers declared, “We learned about Jesus!” Getting Camp Iqaluit up and running is no small task. The last camp saw 3,000+ pounds of supplies organized carefully into over 25 hockey bags and travelling north on the plane with the team. There were so many supplies donated that the team was able to bless two women’s shelters as well as local schools. Thank you to district partners like  Southside Worship Centre in Ajax, Ontario, for your generous donations!

Another church gave a substantial donation with hopes to do a follow-up Christmas party with those who came to camp. Because of many who are partnering together for the sake of reaching kids in this northern community and helping to lay a strong foundation, the Iqaluit church has now begun a ministry to children in the community called “DropZone.” Eastern Ontario District believes in the mission of reaching Canada in creative and unique ways and is seeing their churches partner together, sharing time and resources, to make a significant impact in the lives of the next generation in Nunavut. Who are you sharing your time, talents and treasure with?

Consider today how you and your church leaders and kids could impact a community in your part of the nation. The PAOC has declared a vision for church revitalization and multiplication. We can be part of seeing our PAOC church family grow from 235,000 to 350,000 by 2020 as we intentionally reach into communities where we can impact children with the message of God’s love. What community will you impact? How soon before you start packing your hockey bags with Bibles and other stuff and heading out? You can even partner with reaching Iqaluit today by filling MAK banks and donating to the MISSION CANADA CHILDREN’S WORKER in IQALUIT MAK project.