RETIREMENT IN THE FUTURE

by Ron Davis, Executive Director of the PAOC Pension Fund 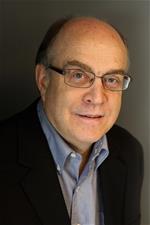 rtainly don’t pretend to be a modern-day Nostradamus, but I recently heard some interesting thoughts, predictions if you will, regarding what retirement might look like in the not too distant future.

According to various presenters at the annual conference of The Association of Canadian Pension Management (ACPM), there are some observable trends that could bring some important changes to the retirement industry in the next 30 years.

It has been recognized for some time that the Canadian population is aging. Currently the median age in Canada is 40.6, but is expected to rise to 44 by 2050. However, it is projected to pretty much level off after that. (Note the graph on the right). Coupled with that is the longevity trend – people are living longer. Current life expectancy is 80-81 for men, and 83-84 for women.

Distribution of the total population by age group, observed (1921 to 2013) and projected (2014 to 2063) according to the low-growth (L), medium-growth (M1) and high-growth (H) scenarios, Canada (Source: Statistics Canada, Demography Division).

Yet, at the same time, people are remaining in the workforce longer. They have too much debt at retirement age, too little savings, little or no workplace pension plan, or they simply want to continue working.

The end result is the period of “full retirement” remains stable. People still need to prepare for 20-25 years of retirement. More and more though, this will need to happen through personal savings and preparation, as the trend is fewer people contributing through an employer sponsored pension plan – a benefit that is becoming more rare. The challenge becomes how to help people save enough and manage those savings while they are working and, just as importantly, after they stop working.

Here’s another future oriented question related to this discussion. Why would people want to tie their savings to one goal, far in the future, something people used to call: retirement? People today enjoy multiple sequential careers and even multiple parallel careers. And one can add to that a continuing trend toward self-employment and contract work. Would it be preferable to favour a system that encourages saving toward a goal of “financial security/independence”, whatever that may look like for the individual?

Age 65 is no longer the watershed moment in life that it used to be. Many are asking why 65 is the determining number in retirement plans and strategies, and in pension calculations. Is there a new number, or should there even be such a number? The life paradigm of educate-work-retire may not fit the current and future generations.

The future of retirement may look different from today, but there is one thing that is certain. I had the privilege of conducting the graveside service of my father this summer. His greatest desire in his later years was that he be given the privilege of going to his Maker and Lord. Heaven was his final home. Regardless of how we spend the years we have here on earth, the challenge remains to find the right balance between living and longing. “For to me to live is Christ, and to die is gain. But if I go on living in the body, this will mean fruitful labor for me. So what shall I choose? I do not know. I am torn between the two. I desire to depart and be with Christ, which is far better indeed.” (Philippians 1:21-23)

To learn more about the PAOC Pension Fund, click here.