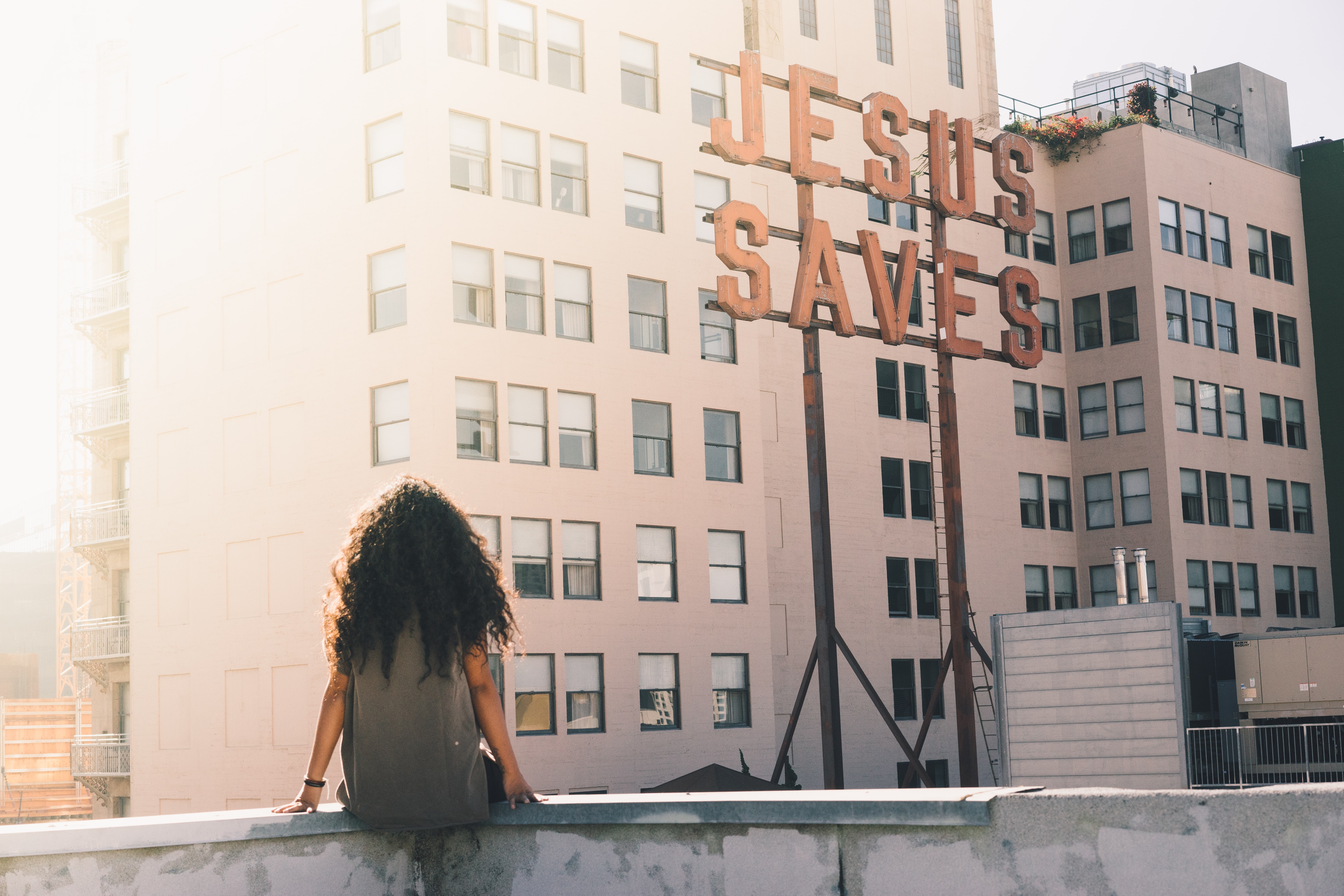 A lttle over a year ago, I entered a year-long existential crisis. It began before COVID-19 and the George Floyd protests, but working through it has given me a perspective and tools for living and leading today.

My crisis had been building for some time. Leading up to it, it seemed every book, blog, podcast, and newsfeed that came my way relayed the message that the world is out of control and is increasingly hostile to my brand of Christianity. Fear, anger and hate dominated the discourse, often disguised in the rhetoric of love. Then, like tumbling dominoes, a succession of friends, acquaintances, and high-profile Christians abandoned (or “deconstructed”) their faith or were exposed for scandalous behaviours. My crisis came to a head on Pentecost weekend as I answered a phone call in a Winnipeg IKEA parking lot. (Any significance to that time and place is lost on me.)

The call was from someone near and dear, informing me that he was done with church and that Christians are idiots. I was in Winnipeg, speaking to Christian pastors on church leadership. The contrast kicked off a year of feeling helpless and fearful. I felt powerless by my apparent impotence to sway the mounting chaos of this world. I felt fearful that this is the world my children and my students are somehow expected to navigate. How do I prepare them for this?

As He had done many times before, God addressed my concerns by speaking through Scripture. He led me to John 16:33 and, as is often His way, left me the work of unpacking it. After prayerful study, I gained renewed perspective and tools to live and to lead in a world coming apart at its seams.

In John 16:33, Jesus tells His disciples: “In the world you will have tribulation. But take heart; I have overcome the world” (ESV).

John 16:33 concludes a long speech Jesus gives His disciples on the eve of His crucifixion. The “Upper Room discourse,” as the wider context is sometimes called, takes up five of John’s 21 chapters in its entirety. It uses an ancient literary technique where a story’s hero (Jesus) imparts essential insights and enduring expectations, typically just before the hero’s death or departure (compare Moses at the end of Deuteronomy). The scene begins in John 13, where Jesus breaks bread with His disciples and models love by washing their feet. The scene ends with Jesus’ prayer in John 17, leading into Jesus’ arrest and crucifixion. Between these scenes, in John 14 to 16, Jesus speaks to His disciples, preparing them to navigate a world of mounting chaos. I find the discourse remarkably relevant today.

1. Chaos is the world’s default state

The term “world” has mixed meanings in John. On one hand, the world is God’s good creation that Jesus brought into being (John 1:10) and which God loves and rescues through Jesus (John 3:16). On the other hand, it represents opposition to God and enslavement to the devil. Thus Jesus warns His disciples, “If the world hates you, keep in mind that it hated me first,” explaining that slaves are obliged to follow their masters (John 15:18-25).

Jesus’ world view is not original. The Old Testament introduced the perspective that God created the world by bringing order to chaos (see Genesis 1:1-2, Tree of Life Version), with chaos re-emerging frequently to combat God in decidedly one-sided conflicts where God is always the sovereign victor. Much Judaism in Jesus’ day had further developed the conflict concept to present the world as God’s good creation gone awry under demonic powers, awaiting God’s end-of-days judgment to put everything right. The New Testament thoroughly embraces this perspective.

Significantly, a chaotic world does not catch Jesus or His disciples by surprise. They accept creation’s disorder—including, as today, disease and injustice—as simply the world’s default state. Of course, they believe this is not how things ultimately should be. And Jesus assures His disciples that this is the very problem He has come into the world to solve.

2. Jesus has overcome the world

After introducing the devil, John immediately assures His readers that God remains sovereign, explaining: “Jesus knew that the Father had put all things under his power” (John 13:3). Nevertheless, Jesus warns His disciples of the world’s persistent hatred of them (John 15:18-25; 17:14) and of their possibly fatal persecutions for persevering in His name (John 16:1-4,32). In His parting prayer, Jesus pointedly leaves His disciples to face the world in all its hostility, praying, “My prayer is not that you take them out of the world.” Instead, He prays, “protect them from the evil one” (John 17:15, emphasis added).

Leaving His disciples in a chaotic world that hates them, Jesus commands them to have courage. Jesus both begins and concludes the first segment of His speech with the command, “Let not your hearts be troubled” (John 14:1,27, ESV), and He concludes His entire speech with the command to be courageous (John 16:33). Additionally, Jesus commands His disciples to confident belief: “Believe in God; believe also in me” (John 14:1, ESV). By belief in Jesus, the disciples can count on receiving Jesus’ peace with the promise, “I do not give to you as the world gives” (John 14:27). And Jesus assures His disciples that He does not abandon them to face the chaos alone but sends an “Advocate,” the “Spirit of truth,” to guide them (John 14:15-18; 15:26-27; 16:7-15). Finally, Jesus begins and concludes His speech by assuring His disciples of their reasons for courage: Jesus has “overcome the world” (John 16:33), and He returns to His Father ultimately “to prepare a place” for them (John 14:2). The world’s apparent disorder remains in God’s control, and Jesus gives His disciples tools to remain courageously within it.

In John 15:1-8, Jesus uses figurative language to compare Himself to a vine and His followers to branches that remain in or are cut off from Him. Commanding “Remain in me, as I also remain in you,” Jesus identifies relationship with Himself as the source of all productivity: “No branch can bear fruit by itself; it must remain in the vine. Neither can you bear fruit unless you remain in me” (John 15:4). Jesus emphasizes the importance of “remaining,” repeating the term 11 times in John 15:4-10. But what does that look like practically?

Relationship with Jesus is like motherhood and apple pie to Pentecostal Christianity, though we do not corner the market on what that looks like. Two thousand years of spiritual disciplines supply us with a legion of available forms. Recently, Peter Scazzero’s book Emotionally Healthy Spirituality[1] helped to invigorate my times with Jesus by introducing me to the discipline of the Daily Office. But Jesus shows another way we remain in Him.

2. Love one another mutually

“A new command I give you” remarks Jesus in John 13:34, issuing the command that dominates the whole New Testament: “Love one another.” Jesus introduces this command after washing His disciples’ feet and following Judas’s departure to betray Him. Only genuine disciples remain. Alarmingly, Jesus measures genuine love of Himself by whether a disciple keeps His commands (John 14:15,21,23-24; 15:12-17), and He conditions remaining in relationship to Himself with keeping His commands: “… remain in my love. If you keep my commands, you will remain in my love …” (John 15:9-10). Although Jesus also commands us to believe or remain in Him, the command to love one another seemingly reveals a disciple’s genuineness. It also reveals Jesus to the world.

3. Bear witness to the world corporately

Jesus conditions effective witness to the world by whether disciples love one another. “By this everyone will know that you are my disciples,” He says, “if you love one another” (John 13:35). In His concluding prayer, Jesus prays that His disciples “may all be one … may become perfectly one,” with the consequence that “the world may believe … that the world may know that you sent me” (John 17:21,23, ESV). According to Jesus, corporate love and unity within the church reveal Jesus to those outside it.

I encountered a version of Jesus’ principle in a fascinating leadership book that was not Christian. Margaret J. Wheatley writes on leadership from the perspective of chaos theory. Her newest book, Who Do We Choose to Be?: Facing Reality, Claiming Leadership, Restoring Sanity,[2] guides leaders to navigate the chaos of our current times through the combined lenses of the science of living systems and the historical pattern of collapse in complex civilizations. Wheatley concludes that Western civilization is beyond systemic repair and is poised for collapse. In this time of predictable chaos, she calls for “sane leadership” where local leaders create “islands of sanity that sustain our best human qualities” to be generous, creative and kind.[3] Only such leader “warriors” will persevere against the chaos.

In our tumultuous world, I cannot think of a better image for Jesus’ vision of the church than an “island of sanity.” Imagine the effect of local assemblies where unity and genuine love for one another bear witness against the dominant discourse of fear, anger and hate. Jesus teaches that in our zeal to combat the world’s implicit insanity, being right in our Christian beliefs may be less important than living right in our love for one another. In our church growth strategies, we might remember that we do not win outside the church if we do not love within it. Otherwise, to what do we hope to win people?

Our world today is no more chaotic or hostile than the world inhabited by Jesus and His disciples, which offers us perspective. Encountering hostility, disease, and social injustice ought not to surprise us but remind us of the world’s default state and of the purpose of Jesus, who came to rescue it. How do we respond to the chaos? Jesus both models and commands the answer: “Love one another.”

My existential crisis was relieved when I acknowledged that my impotence to sway the mounting chaos of this world is actually all right. Remaining in Jesus reveals that His power will accomplish this—not mine. What is in my power is how I treat others, with or without love. This may seem a limp response when facing antagonizing hatred, devastating disease, or monstrous social injustice, but it is a bedrock solid start. In our Christian zeal to represent Jesus and revolutionize a world coming apart at its seams, we sometimes forget that Jesus prioritized loving one another as the foundation for everything else. Jesus may call us to do something more when confronting this world, but he will never require less.

Jeromey Martini is the president and professor of New Testament at Horizon College & Seminary in Saskatoon, Sask.