Hugh Oswald Mills, “Ossie” to all, was born in Port-of-Spain, Trinidad to Ernest and Christine Mills on June 20, 1960. He was the youngest of the six siblings. Ossie went home to heaven on February 5, 2019, at the age of 58 due to sudden cardiac arrest.

“It is with a broken heart that I share the news of the passing of alumnus Ossie Mills, ORU’s former vice president of marketing and communications, as well as former executive director and global Council member for Empowered21. Ossie passed away February 5, 2019, as the result of an apparent heart attack,” ORU President Billy Wilson says in a statement.

“On a personal level, Ossie was a wonderful friend. Over the last few years, we shared amazing times witnessing what God is doing around the world in the Spirit-empowered movement,” Wilson says. “We made history together. I will miss Ossie’s friendship deeply. God’s Kingdom on earth has been diminished by this loss of giftedness and knowledge. However, I know that our loss is heaven’s gain and that Ossie’s reward will be great,” Wilson says.

Mills’ time at ORU began when former president Mark Rutland hired him in 2011. “When I was the president at ORU, Ossie Mills was one of the finest executive vice presidents I had the privilege to work with,” says Rutland. “Far more than an employee, Ossie was a friend. He was an ebullient, encouraging Christian man of powerful faith and a sweet spirit. Like many of others around the world, I will miss him terribly.”

At the time of his death, Mills was president and CEO of tvChaz, a faith-based streaming platform.

“Ossie lived to spread the gospel through multimedia. I was honored to work with him and call him friend during my time at Oral Roberts University,” Charisma Media Executive Vice President and Publisher Dr. Steve Greene says. “He was loved by everyone who ever spent time with him. He will be missed by all of us. Please pray for his sweet wife, Bonnie, and family.”

According to the biography on his website, Mills spent years working in media, management, marketing communications, content creation and distribution both for profit and non-profit organizations in the faith-based community. He engaged in significant and unique leadership roles in television, production, marketing, interactive communications and commerce development.

Mills served as an executive vice president at ORU from 2011-2018. His roles at the university also included executive director of Empowered 21, CEO of GEB America TV Network and vice president of marketing and communications.

Mills was also president/CEO of Belmont Mills Entertainment, which provided family content for networks like ESPN, A&E, Discovery, Fox Family Channel, Hallmark, TBN, FamNet, INSP and ION. Mills was a board member of Convoy of Hope and Next Generation Institute. He previously served on the Forest Hill Council of Elders and the board of advisers for Gordon Conwell Theological Seminary. He was a member of the National Religious Broadcasters, Direct Marketing Association and Empowered 21 Global Council.

Please pray for the Mills family as they grieve the loss. 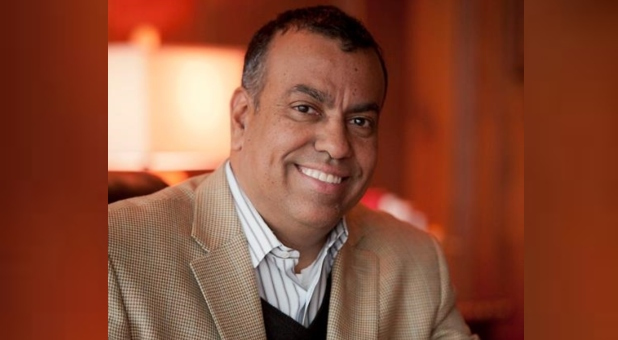