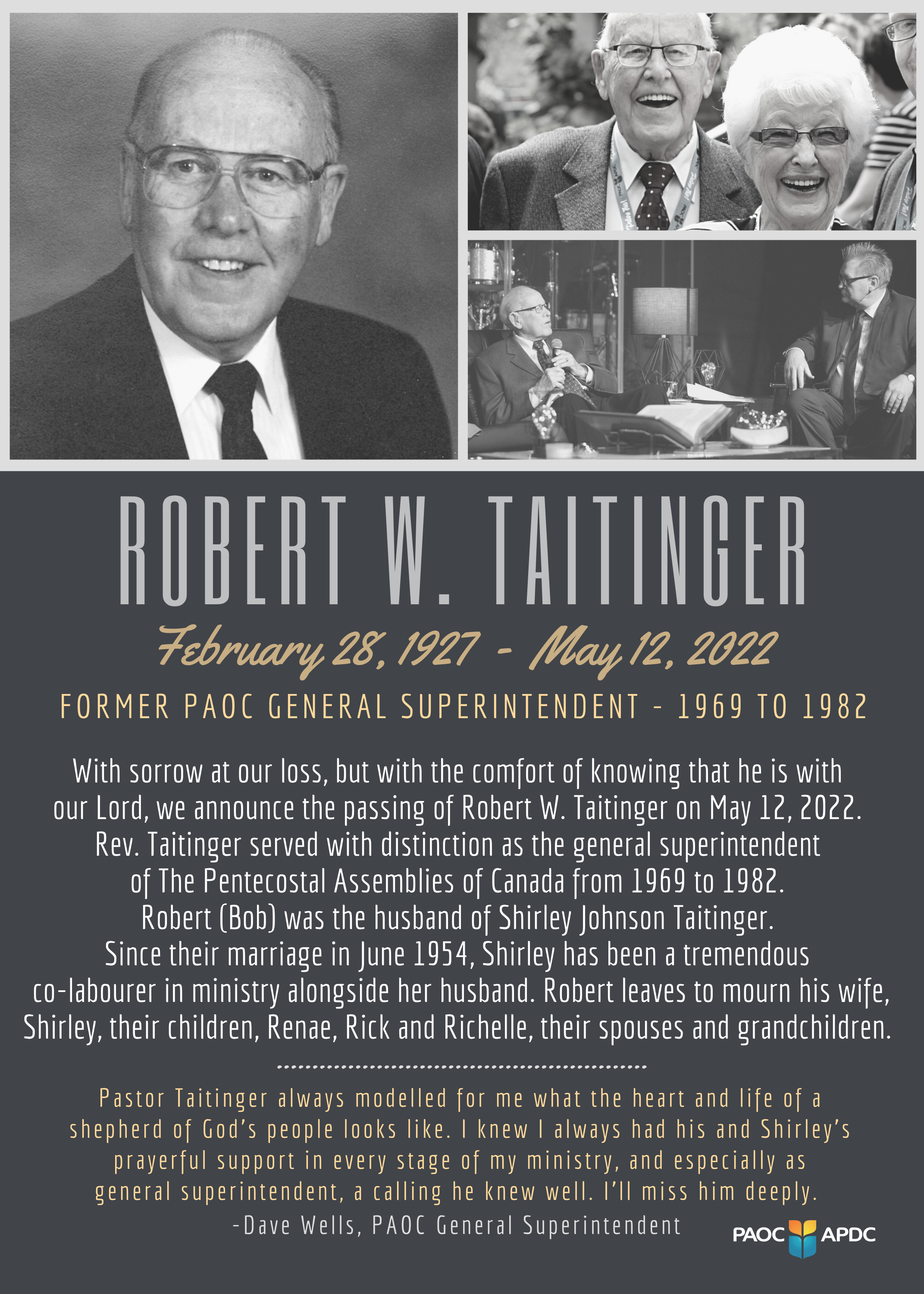 Rev. Robert (Bob) Taitinger was born in Claresholm, Alberta on February 28, 1927. His paternal grandfather, Nicolas Taitinger, was born in France, and as a young man went to the University of France.[1] After migrating to Oregon in the United States, Grandpa Taitinger met and married Ethel Wright. He and his wife had six children, the eldest of whom was Harry Taitinger, Robert’s father. Harry had the opportunity to come to Alberta, Canada, obtain land, and become a farmer. He settled in Claresholm, where Robert grew up and completed his elementary and high school education.

One day, the family listened to Dr. Oscar Lowry preaching on the radio, and the entire family accepted Christ as their Lord and Saviour. A local Pentecostal preacher contacted the family not long afterwards, and they were all baptised in water. Robert received the baptism of the Holy Spirit at Sunnyside Pentecostal Camp at age 15. Robert began to recognize the call of God to ministry shortly after his baptism.

Robert enrolled as a student in 1945 at Northwest Bible College in Alberta. Following his graduation, he became assistant to Rev. D. N. Buntain, pastor of Central Tabernacle in Edmonton, Alberta, where it was his privilege to serve as assistant pastor for seven years. He became the senior pastor of Central Pentecostal Tabernacle when Rev. Buntain passed away in 1955.

Brother Taitinger served as a professor at Northwest Bible College and senior pastor of Central Tabernacle for more than 17 years, before being elected general superintendent of The Pentecostal Assemblies of Canada (PAOC) in August 1968. He officially began that role January 1, 1969. During his 14-year tenure in office, the denomination experienced tremendous growth to become one of the leading evangelical denominations in the country. He stepped down as general superintendent in 1982 and became president of Eastern Pentecostal Bible College, now Master’s College and Seminary, in Peterborough, Ontario.

Brother Taitinger visited various countries overseas while he was a pastor. In 1962, he visited the Philippines, Japan, Hong Kong and Taiwan over a six-month period. He addressed the World Pentecostal Conference in 1967 in Rio de Janeiro, Brazil.

Rev. Taitinger believed in the two-pronged evangelistic and missionary nature of The Pentecostal Assemblies of Canada and saw it as both responsible for the Fellowship’s historical growth curve and a viable and important part of its continuing growth in the future.[2]

Robert was the husband of Shirley Johnson Taitinger. Since their marriage in June 1954, Shirley has been a tremendous co-labourer in ministry alongside her husband. In the 1990s, when Robert (Bob) took an assistant pastoral role at PORTICO Community Church in Mississauga, Ontario, Shirley also served as the national Women’s Ministries director for the PAOC out of the International Office from 1997 to 1999. Together and individually, this couple has influenced and mentored many in our PAOC family for decades.

Robert leaves to mourn his wife, Shirley, their children, Renae, Rick and Richelle, their spouses and grandchildren.

A private family interment will be held. A memorial service will take place at Lakeshore Pentecostal Camp in Cobourg, Ontario, on Saturday, May 28, 2022 at 1:00 p.m. EDT, to remember the life and legacy of Rev. Robert W. Taitinger.

Robert and Shirley Taitinger at General Conference 2018 in Victoria, B.C. 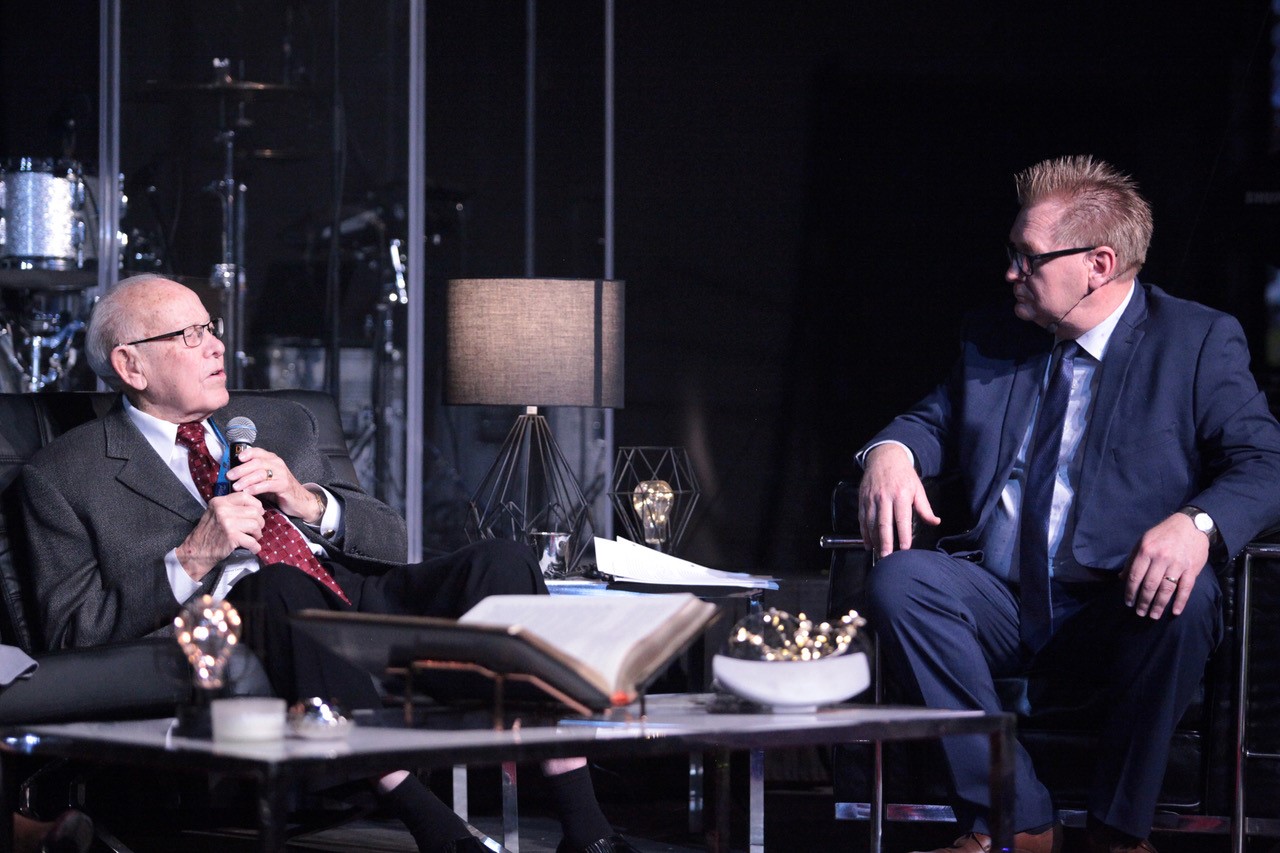 Robert Taitinger in an interview with David Wells at General Conference 2018 in Victoria, B.C. 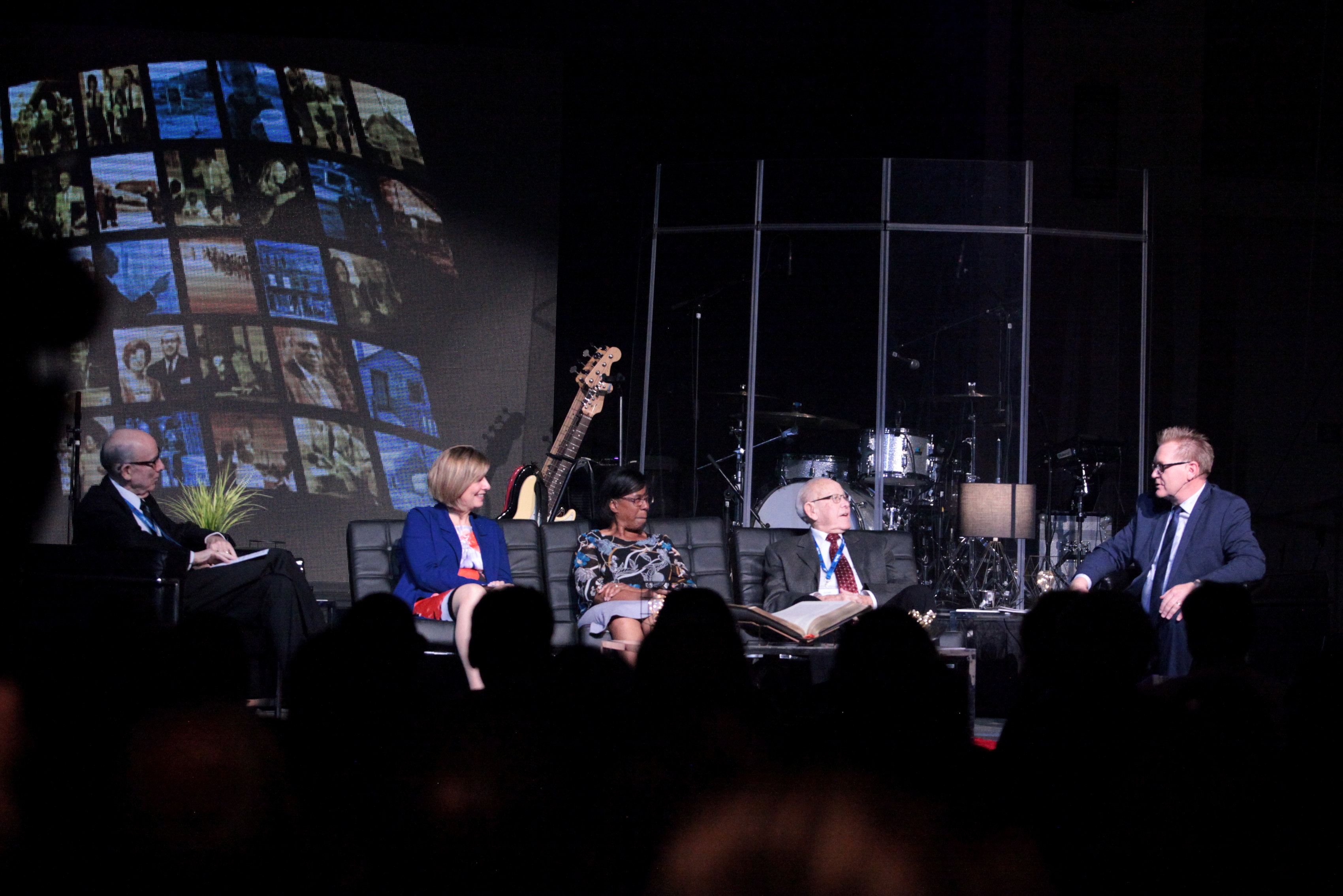 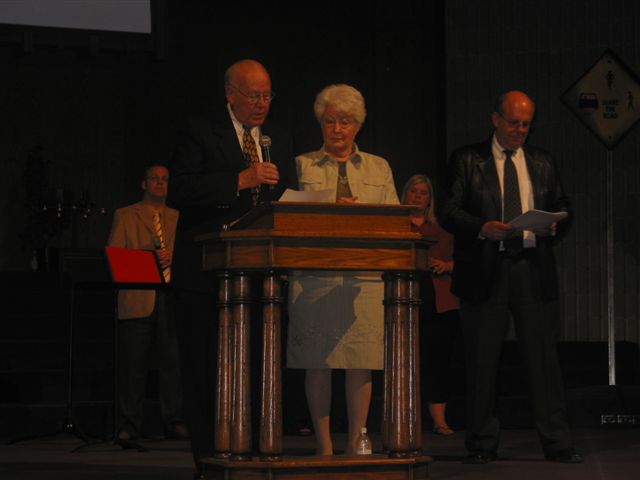 Robert and Shirley Taitinger make a declaration at General Conference 2006 in Winnipeg, Manitoba. 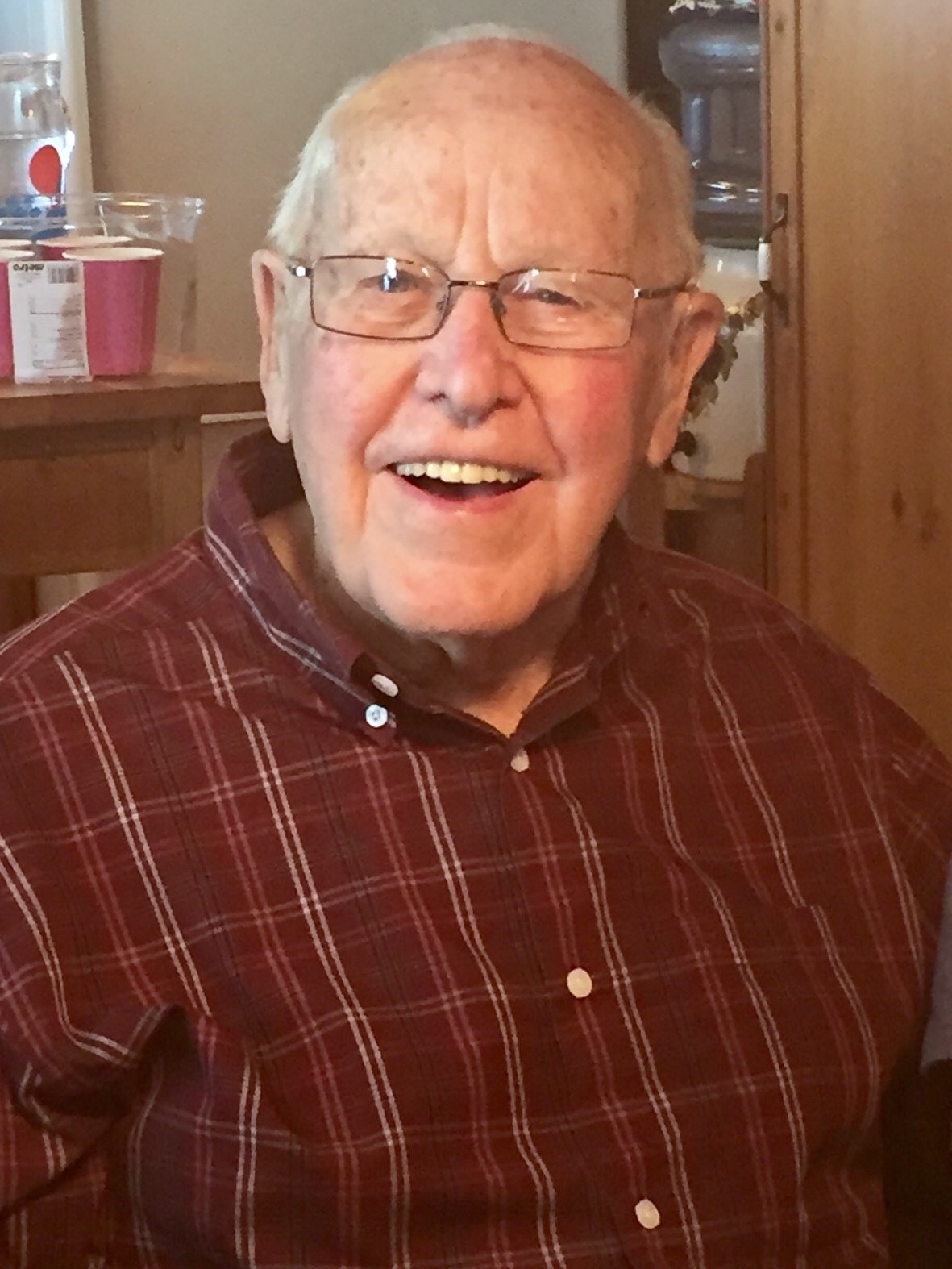 Robert Taitinger in an undated photo. 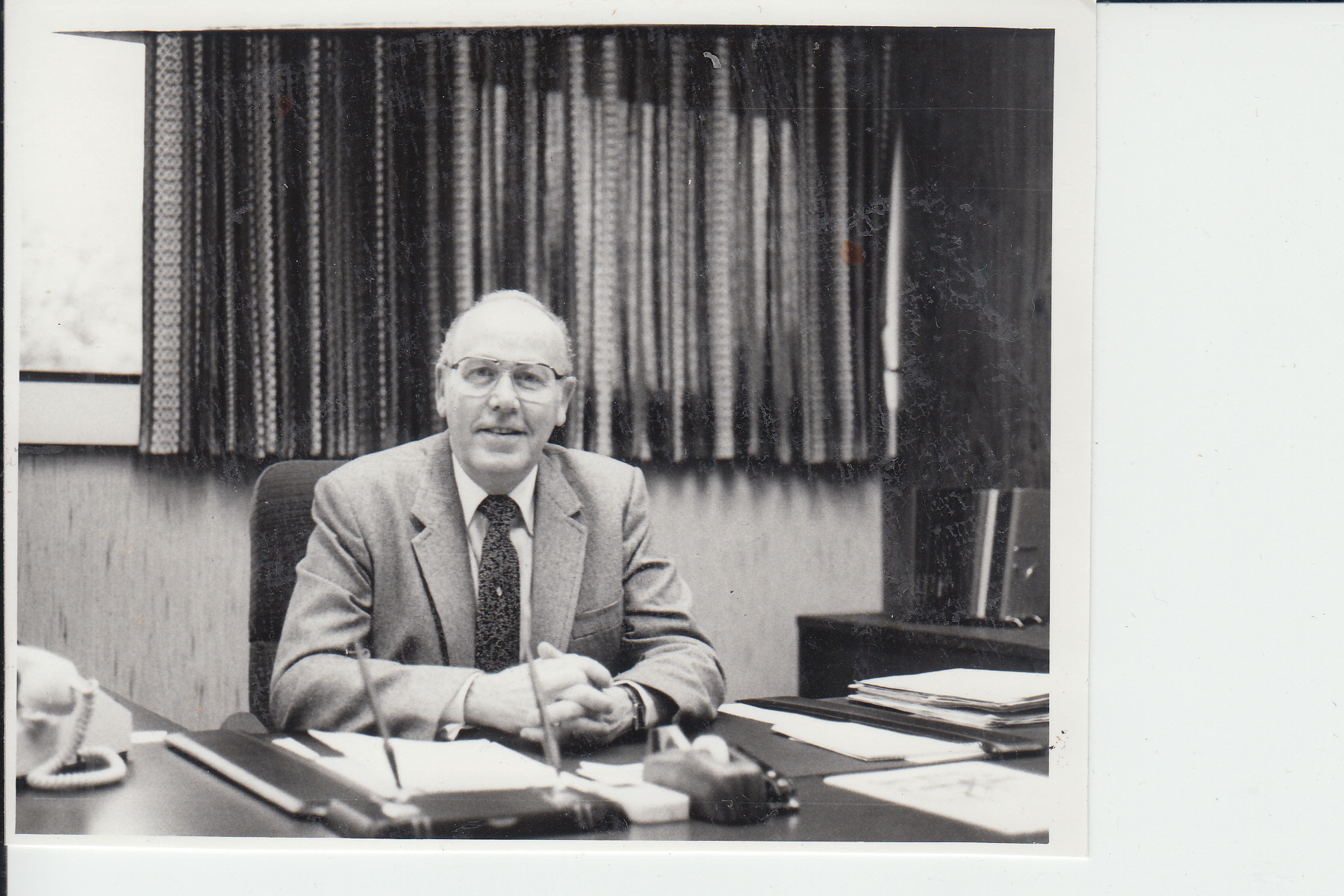 Robert Taitinger at his desk in an undated photo. 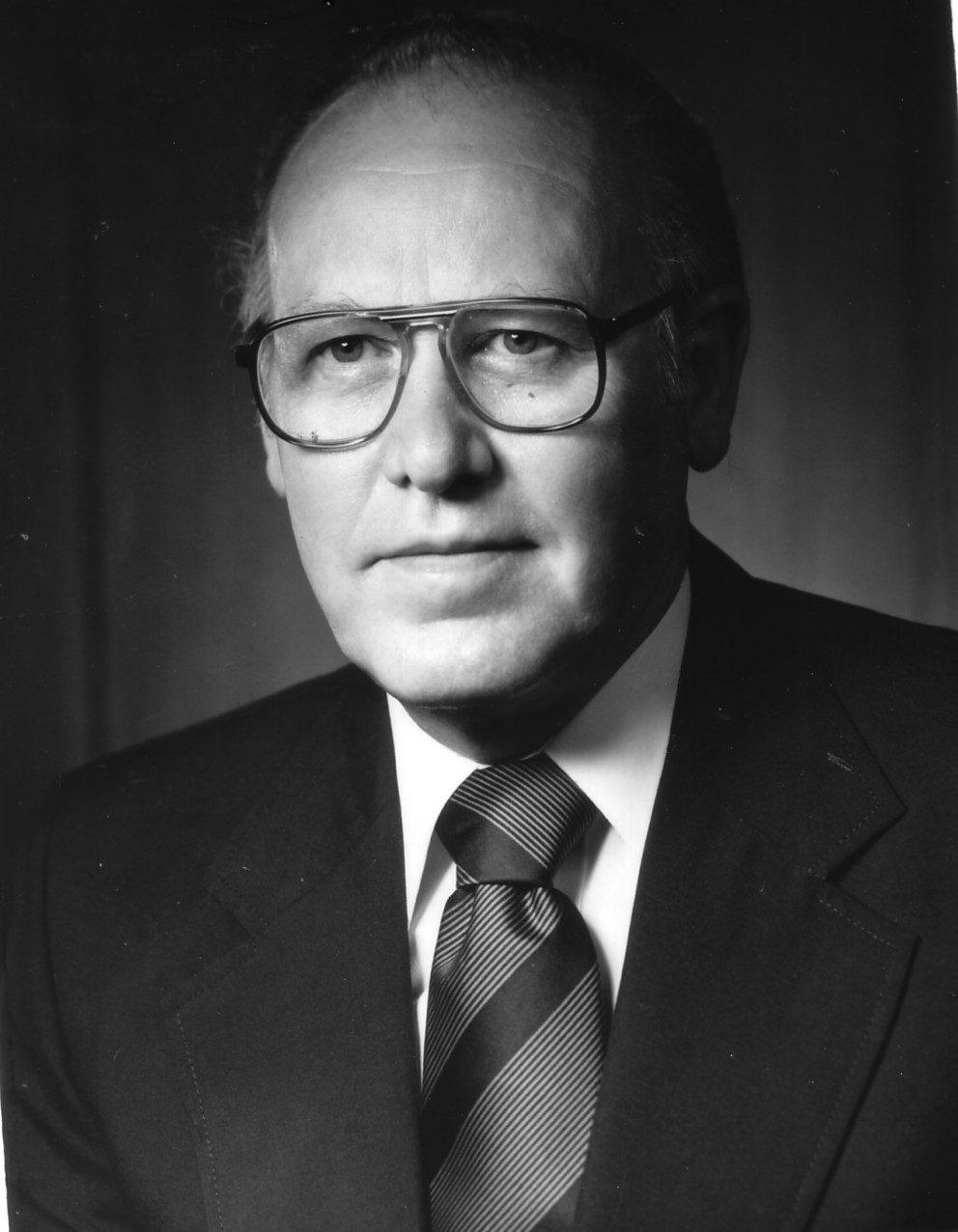 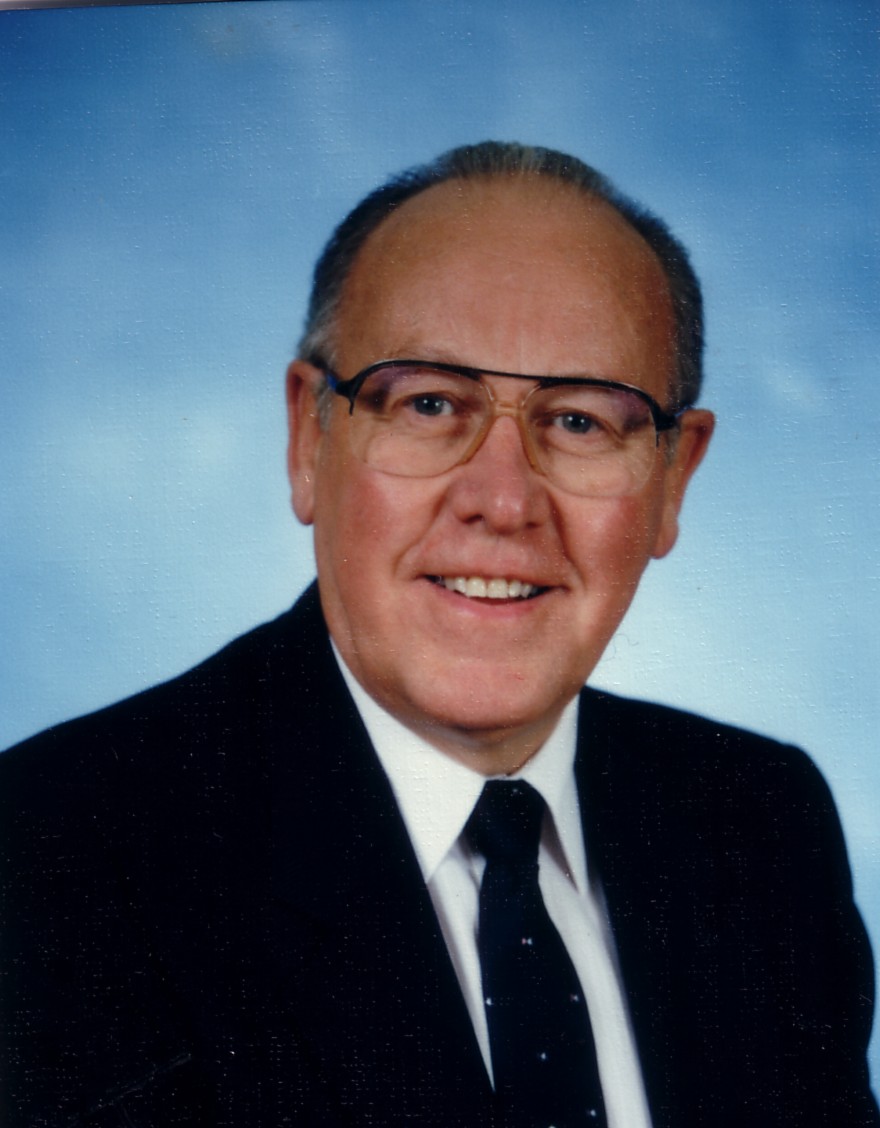