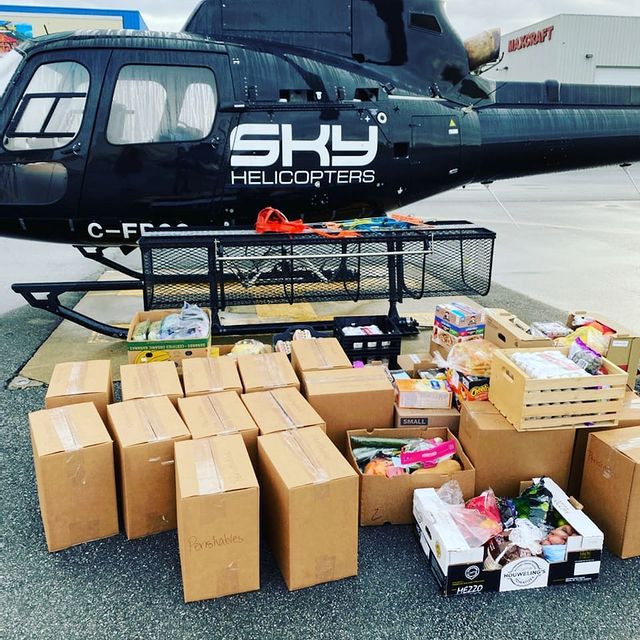 Last week, B.C. was hit with a storm so severe that it caused flooding, mudslides and widespread damage across the southern part of the province. Experts say it’s a once-in-a-century storm, and it struck fast.

On November 12, meteorologists began to warn of a significant rainstorm expected in the region. By the morning of November 15, every major highway in southern B.C. had been closed, Abbotsford had announced a state of emergency and several communities had been ordered to evacuate due to toxic floodwaters and dangerous mudslides.

The situation developed rapidly, and the body of Christ responded. In a November 17 video message, B.C. & Yukon District Superintendent Ken Russell outlined the relief efforts that were already underway and encouraged believers to “give generously, and to pray actively and fervently.” By November 20, in a Facebook post, he wrote: “I am overwhelmed by the generosity and love that has been poured out by our churches and leaders during this time of crisis.”

One of the first churches to respond was Christian Life Assembly, a B.C. church with multiple locations. On November 16, the church put out social media requests for blankets, bottled water and other donated items to be collected at the church’s Langley office. Partnering with Sky Helicopters, a company owned by a member of the Langley congregation, the church began airlifting supplies to Hope where 1,100 people had been stranded by the storm. They reached out to other churches, and Hope City Church in Edmonton put out a call to its own congregation for donations. Within 24 hours, Hope City had collected six skids of donations and was able to purchase $35,000 worth of supplies to ship to Kamloops.

Working closely with the churches in affected areas, as well as with First Nations leaders, donating churches adapted to the changing needs day-by-day. Social media posts continue to share updated lists of needs and locations, and the response has been overwhelming.

In the areas hardest hit by the storm, several PAOC churches have become frontline centres of support. Pastor Patrick Hoppus, the lead pastor of Hope Pentecostal Assembly, was airlifted back into Hope by Sky Helicopters and the church immediately became an emergency response centre. In Abbotsford, Christian Life Community Church and Abbotsford Pentecostal Assembly came alongside the flood relief efforts of existing organizations in the community, mobilizing volunteers to help store and sort donations.

In Kamloops, Oasis Church converted its facility into an emergency response centre, partnering with other churches to set up a warehouse in the church gym and to operate a day centre. Volunteers from Oasis and Gateway City Church have been busy unloading and sorting supplies, serving up hot meals from the kitchen, and even offering specialty teas and coffees to the displaced. In a Castanet News report, Oasis lead pastor Marco Bessa was able to share how regional churches and local volunteers have come together to serve evacuees.

In Merritt, Crossroads Community Church has also found itself in the midst of crisis. When evacuees return, the church building will serve as a hub for incoming supplies. While the congregation is currently scattered, church leadership is determined to encourage church members with prayer and God’s Word.

In a November 21 video message, the Crossroads’ pastors shared words of encouragement from their different locations. Assistant pastor Sherry Peterson reminded viewers: “Although right now everything feels so incredibly uncontrollable, God is still in control. He is breaking through in moments with gifts—gifts of provision, gifts of peace, gifts of comfort. I would ask you to watch for them, because God wants to bless you in this moment that doesn’t feel so comforting at all. Finding Christ in crisis is possible, and with the help of the Holy Spirit we’ll do that.”

We are thankful for the many believers who have chosen to be His hands and feet.

If you’d like to join in the B.C. relief effort, please visit this link to donate. Funds will be forwarded in their entirety to our churches in affected regions to purchase supplies and food vouchers for flood victims.