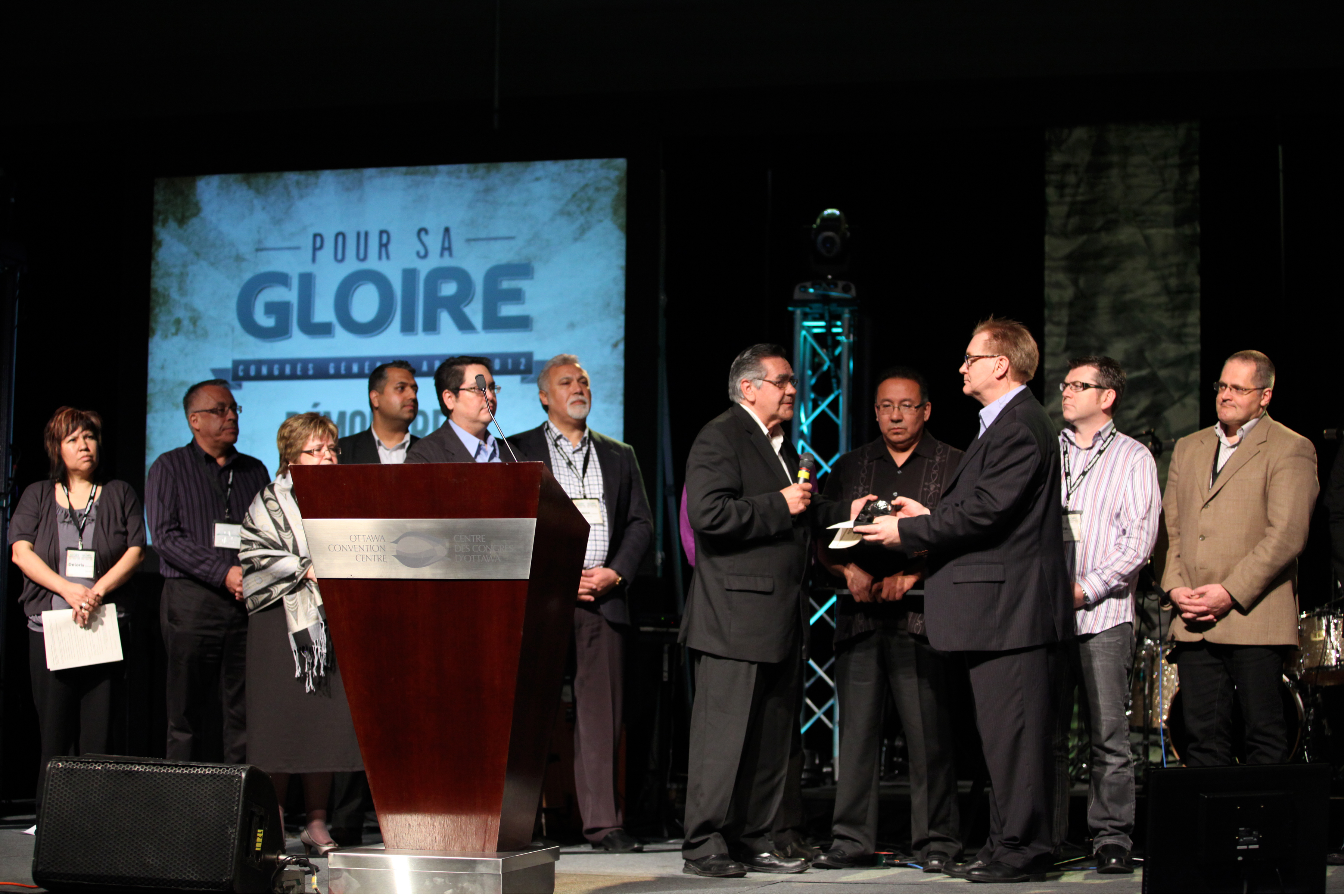 The PAOC celebrated a historic moment at General Conference 2012 when an official statement of apology, forgiveness and reconciliation between The Pentecostal Assemblies of Canada and its Aboriginal leadership was read and signed during Wednesday morning’s plenary session.

The reconciliation process has been unfolding over the last two years, with the committed involvement of members of the Mission Canada Guiding Group, led by Jaz Ghag. Members of that group include Alex Sasakamoose, of the Saskatchewan Aboriginal Ministries (SAM) group, Kyle Mason, director of the North End Family Centre in Winnipeg, MB, Dan Collado of Eastern Ontario District Aboriginal Ministries and the director of Aboriginal Bible Academy (ABA), Bruce Brown, lead pastor of Vancouver Native Pentecostal Church, and Patti Victor, pastor of Chilliwack Native Pentecostal Church, all of whom were present to witness the signing and to express to delegates the spiritual and cultural significance of the event.

The official statements for each side (The Pentecostal Assemblies of Canada apology and the Aboriginal response) was read and signed by general superintendent David Wells, and George Gunner, Western Ontario District Aboriginal Pentecostal Ministries (APM) director. Simon Clarence, Alberta & Northwest Territories District Aboriginal director, led delegates in prayer after the signing and invited everyone to pray in the spirit for two minutes, asking God to continue and complete the work He had begun through the reconciliation process.

Bruce Brown and Patti Victor presented David Wells with a protocol gift in the form of a silver serving spoon with a hummingbird engraved in the centre. The serving spoon represents mutual service, one group to the other, and the hummingbird represents the bringing of good news.

Jaz Ghag was acknowledged and commended for his role in guiding the two-year reconciliation process as Aboriginal Co-ordinator with Mission Canada.

Communion was shared among delegates at the closing of the morning session.

Click here to read the official letter of apology. 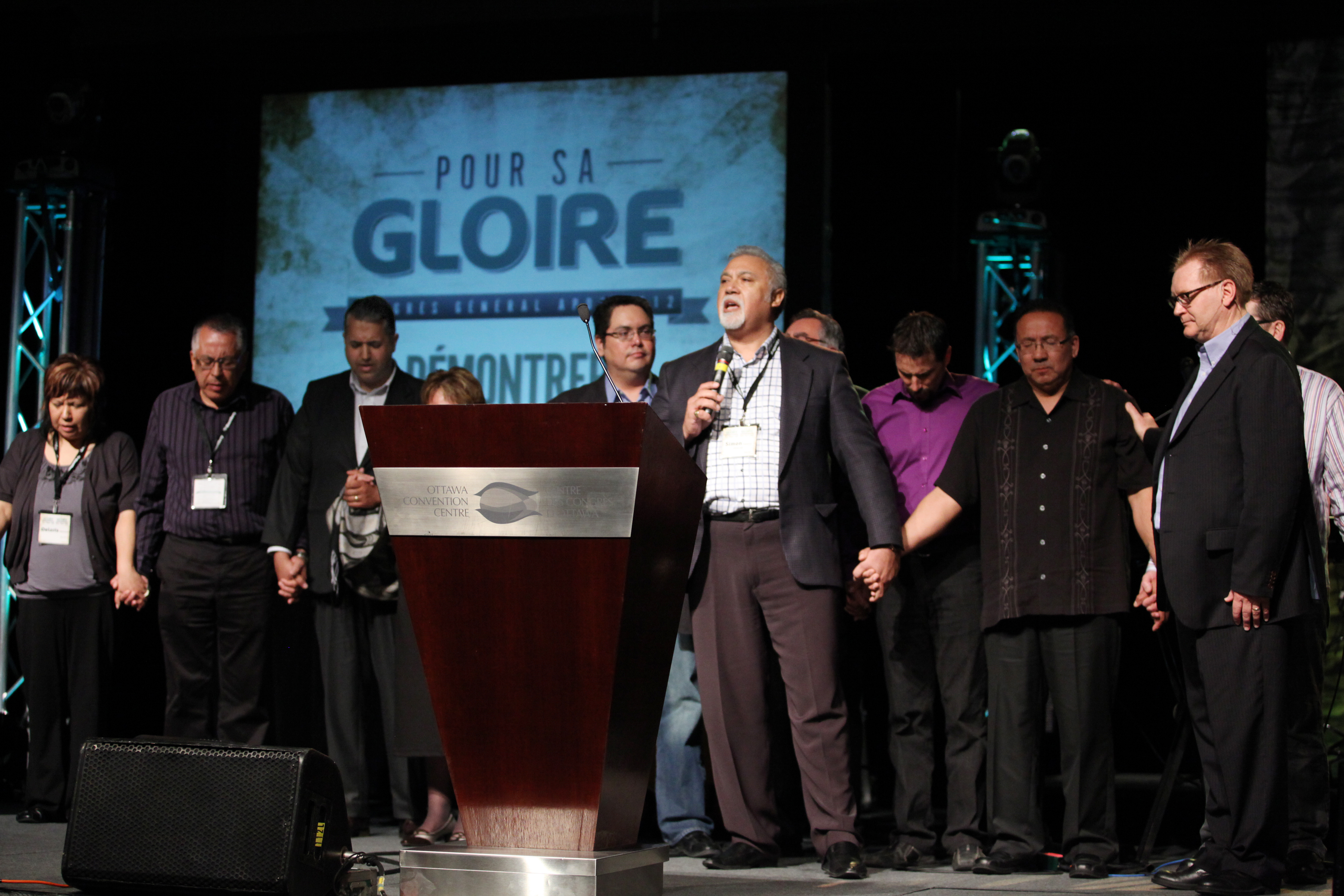 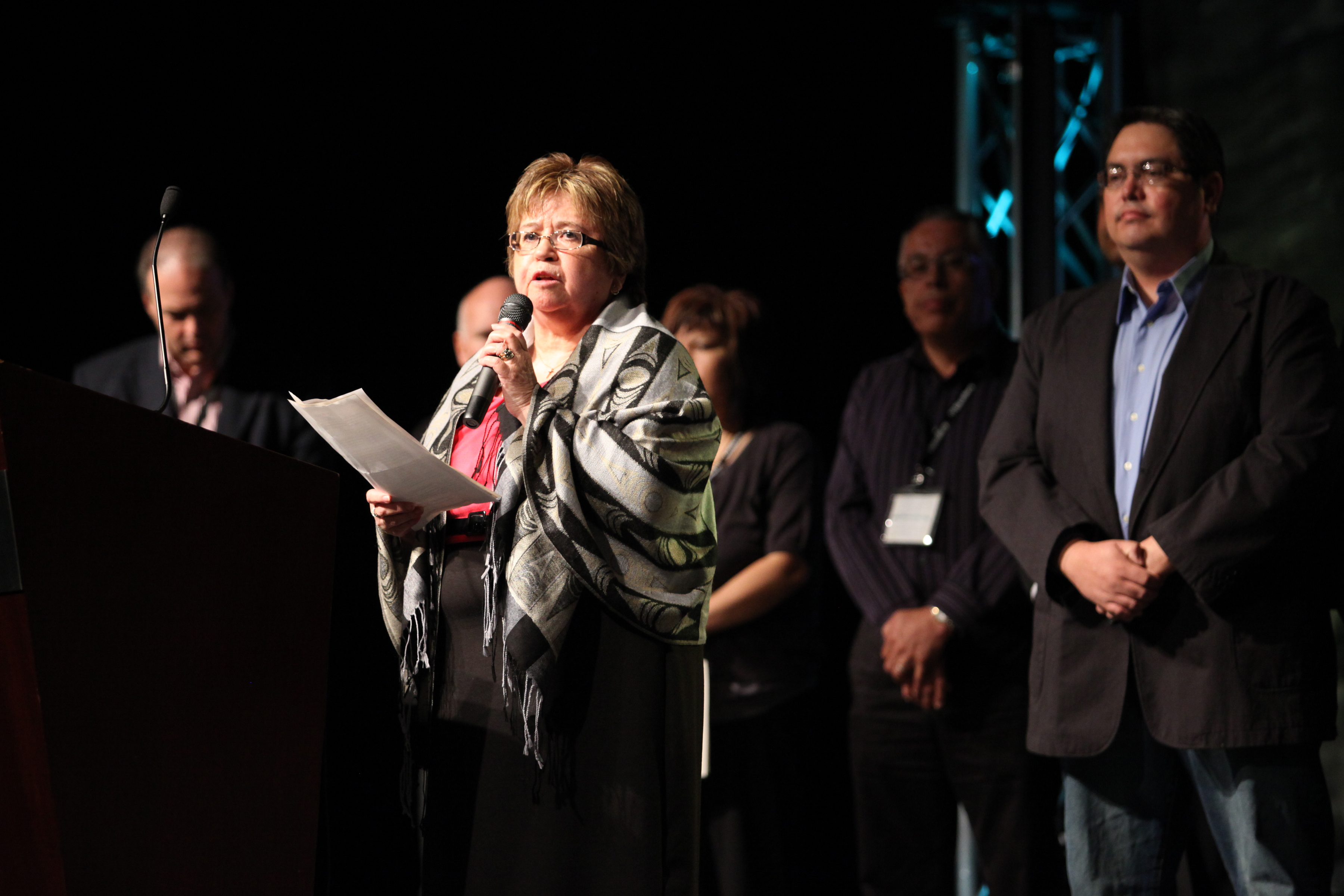 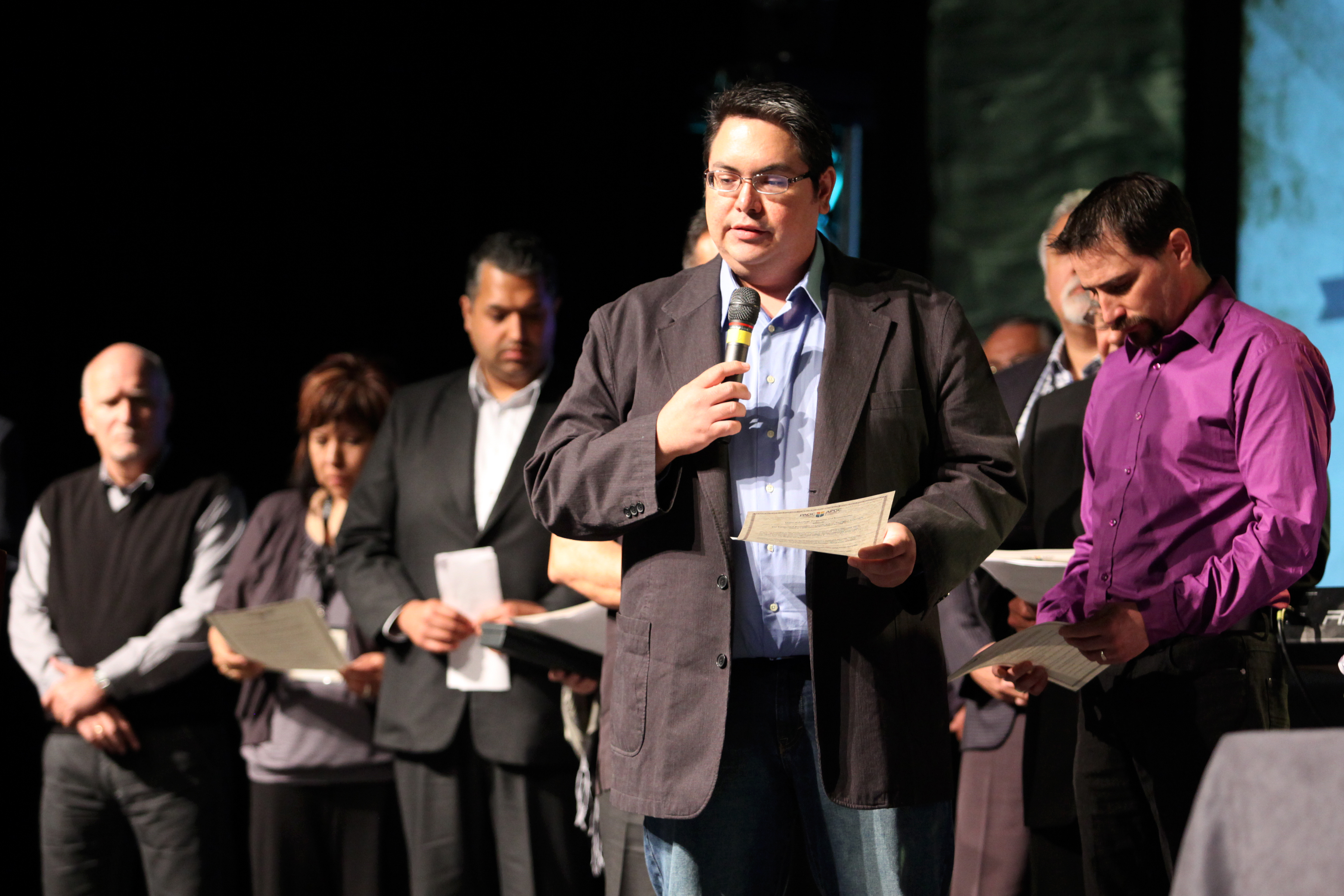 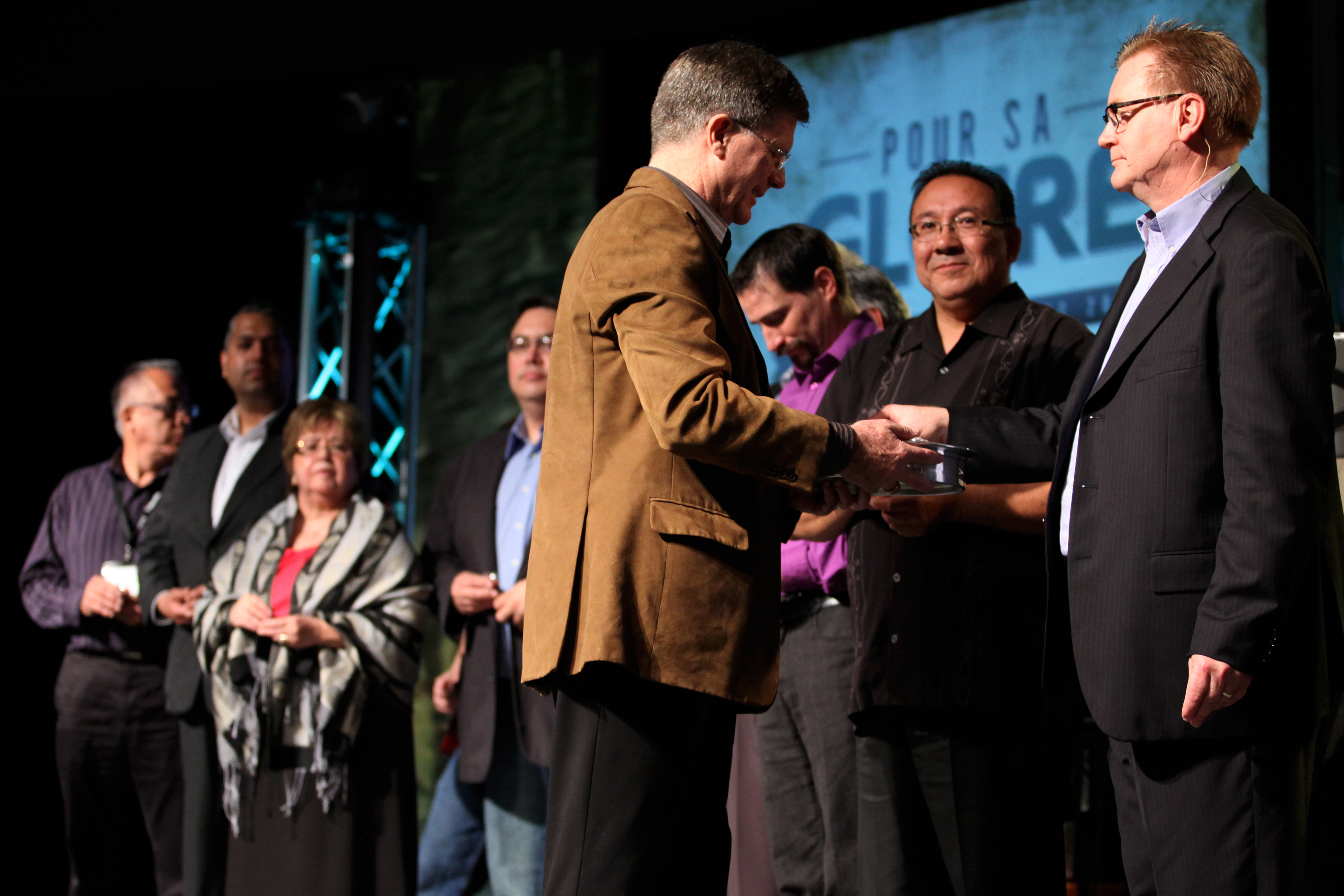