"My prayer for the church is that we would see the brokenness in our urban centres, recognizing there are a lot of hurting people in our city, and have compassion—not just pity—on them.”

On my 27th birthday, my dad called and asked what I was doing to celebrate. “I’m on my way to jail,” I told him. A young man I work with had been accused of aggravated assault and robbery, and I wanted to visit him in hopes that he’d begin to build his life on rock rather than sand. Eventually I had the opportunity to advocate for him to get out of jail, help him find employment and housing, and see him begin parenting classes so he can be a good dad to his little girl.

When people ask me about the work I do, I often wonder how much honesty they can handle. I know so many heart-wrenching stories; the young women in particular have extremely painful lives. One girl, a 19-year-old single mom whose baby is a miracle, as she wasn’t supposed to be able to have children at all, has been involved in prostitution and the drug trade. Last week she told me, “Don’t bother helping me. I don’t even want better for myself.”

But there are stories of hope! 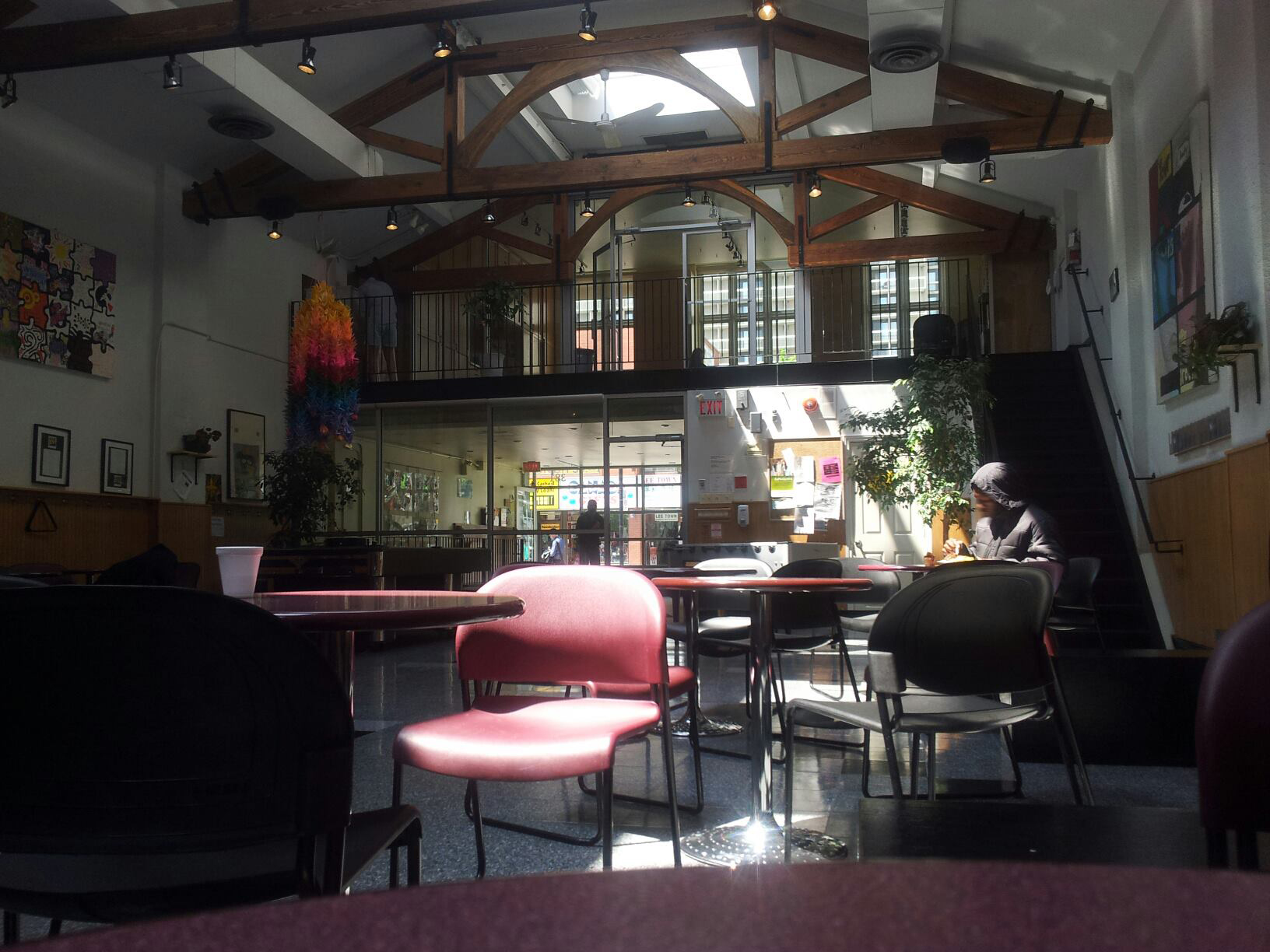 I had just finished running the art program at the youth drop-in centre and
was about to clean up when J. stormed up the stairs, intent on talking
to me. Plopping himself in a chair, he announced, “I GIVE UP!”

“My life is a mess. I haven’t been sleeping well and I’m messed up. I GIVE UP!”

“The job didn’t work out. Nothing’s working out. I’ve been trying to drink myself to sleep for the past three days, but it’s not working. I FEEL SO NUMB. I’ve been getting into fights with bigger guys so I can feel something … Last night I had a gun in my mouth and wanted to kill myself. Then I decided I needed to talk to you. GIVE ME SOMETHING!”

He didn’t expect this. We started talking about how only God can help him, and that he needs to begin building his life on Jesus Christ. After 10 minutes of talking, I found myself repeating the phrase, “It might sound weird, but God can help you and heal you and change you.” By the fifth time I said it, he interrupted me.

“Ejay, stop saying it’s weird. This makes so much sense to me right now.”

“What if I told you that was a good thing?”

This got his attention. “What do you mean?” he asked.

“If you died tonight, I would grieve for you. I would miss you and be at your funeral. But it would be a waste. Or you can die to Jesus Christ right now and live. Pick one!”

This 6’3” young man with tattoos and piercings began to cry. “I don’t normally cry, but I need to right now. What should I do?”

“How about we pray?” I asked God to reveal Himself to J. so he would understand that God is his real Daddy. I asked God to heal him and help him. Then I said, “You and God have a lot of catching up to do. You need to pray. It doesn’t have to be fancy; just say what’s in your heart.”

“God,” he prayed, “I need your help! I need so much help right now. HELP ME BECOME WHOLE AGAIN!”

As we cried he said, “Ejay, I don’t normally cry, but I needed this right now.”

When I met with him the next day, he said, “For the first time the Bible makes sense to me. I need to go back to Halifax and be a daddy to a little girl who’s about to be born.” And he did.

This is not what I always imagined my life would be like. When I graduated from school (Master’s College & Seminary and Vanguard College), I found myself unable to get a church job despite my best efforts. When I saw that a men’s shelter was hiring “intake workers,” I decided I’d give it a shot although I had no idea what an intake worker was.

My second interview was at the men’s shelter, and it was my first exposure to the smell of homelessness—an overwhelming and unpleasant odour. But in that moment, I felt Jesus clearly say to me, “This is the smell of people I love. Go love them.”

When God speaks that boldly, I can’t say no. So I started working at the shelter and met many men who had been struggling with life for 30 to 40 years. Both metaphorically and physically they’d been beat up, over and over. As I saw how much they’d been through, I felt called to work with street youth so I could bring hope to their lives at an earlier age.

Now, after nearly a decade of ministering to street-involved youth (this includes those who are sleeping outside; the homeless; drug addicts or those who participate in the drug trade; those involved in prostitution and pimping; and/or those who have mental health needs), Mission Canada has recently released me to be an urban missionary in downtown Toronto. I’m looking for partners in ministry who have open ears, hearts and minds for what God has in store.

My prayer for the church is that we would see the brokenness in our urban centres, recognizing there are a lot of hurting people in our city, and have compassion—not just pity—on them (Matthew 25:35-40). Do you work 9-5 in a big city? Give more than a handout. Give time and presence to someone somewhere, whether it’s through an organization or not. Get to know their story. Be moved enough to do something. Do you live in a small town? There’s brokenness there too.

“Religion that God our Father accepts as pure and faultless is this: to look after orphans and widows in their distress and to keep oneself from being polluted by the world” (James 1:27). This is my goal.

Ejay Tupe is an urban missionary in Toronto, ON. To find out more about him, check out www.ejaytupe.com or follow him on Twitter @ejaytupe.