Making the Bible Come Alive: A Look at the Life of Peter

Click below to see our latest prayer requests and praise reports

Andrew, Simon Peter’s brother, was the one who introduced him to Jesus. (John 1:40-42) When Andrew told Simon Peter they had found the Messiah, he quickly took him to meet Jesus. Jesus looked at him and said, “You are Simon son of John.  You will be called Cephas”. Cephas in Aramaic translates to the name Peter in the Greek language. That day, Jesus saw Peter not only for who he was as a fisherman, but for whom he would become.  The name Peter means “a rock”. Peter became one of Jesus’ disciples.

After Jesus ascended to Heaven, Peter, now filled with the Holy Spirit, courageously preached to thousands of people. It was one of the first sermons ever shared by one of Christ’s followers.  Peter called the people to repent and be baptized in the name of Jesus for the forgiveness of their sins.  He told them they would also receive the gift of the Holy Spirit, the promise for them and for others. He pleaded with them saying, “Save yourselves from this corrupt generation.” Those who accepted his message were then baptized, and approximately 3,000 were added to the Church that day! (Acts 2:1-4; 14-41) 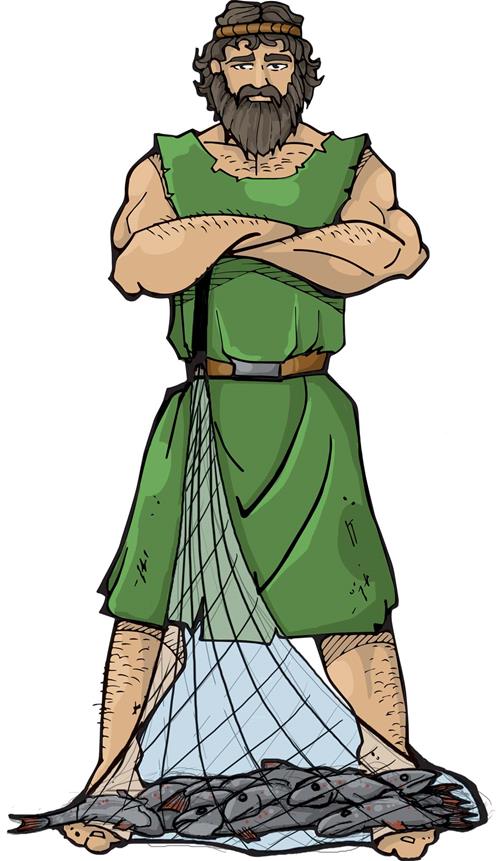 In our world we know there will be difficulties. We only need to turn on the news today to hear of a world that is in tough times.  And, more and more society has drifted away from the instructions for godly living found in the Bible that come directly from God Himself, the One who made us and loves us.  Laws that once were founded on the principles in Scripture are now completely ignored. However, it doesn’t mean as Christ-followers that we are to disregard them. No!  We need to know the truths found in the Word of God so we can stand firm in these days. (John 16:33; 1 Peter 2:11-21)

Can we turn a generation to God? Can we lead a society away from godless behaviour and back into right relationship with God? Peter had denied Jesus three times, yet Christ forgave him and used his preaching to help form the early Church. Peter spoke on the Day of Pentecost and the lives of 3,000 people were changed forever! Let’s help our kids learn more about Peter, and how God can use us when we put our trust in Him.  Let’s raise a generation of church planters who will take God’s Word to places and people who need to hear it!